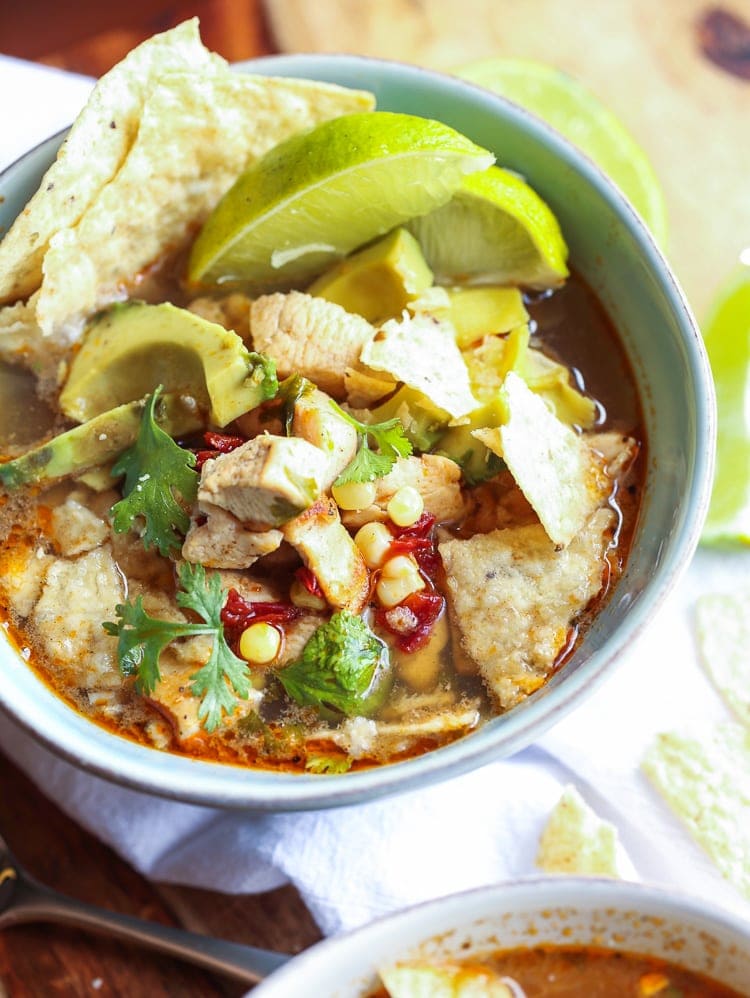 Lime Chipotle Chicken Soup is loaded with flavors while being low fat, spicy, citrusy and delicious!

So I made soup today. In August. While there is currently a heat advisory in effect.

Have I lost my mind? Well yes, maybe.

But this soup, while being SOUP, is pretty bright and bold in flavors that I feel make it ok to eat during some of the hottest days of the year. It’s spicy and citrusy, with loads of fresh lime juice and corn cut right from the cob.

So let’s officially make soup in the summer a thing. 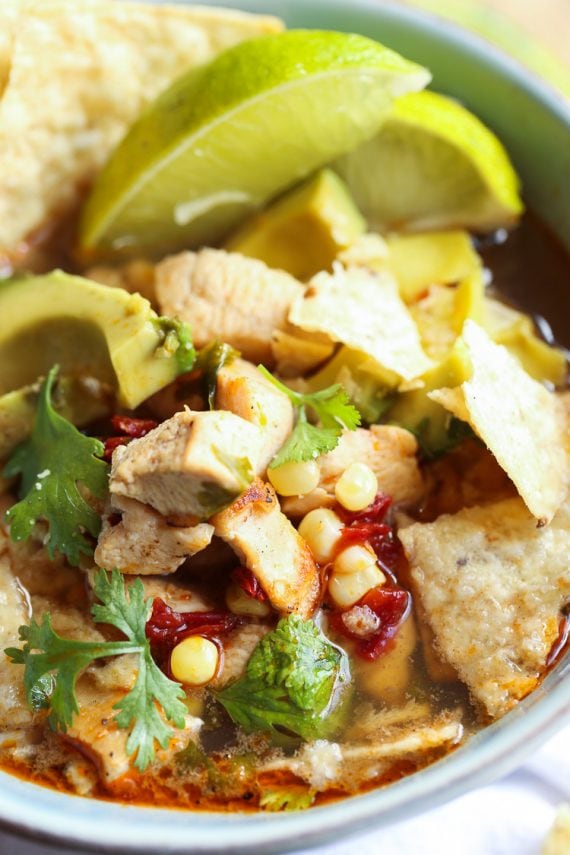 I’ve been on a chipotle kick lately…

In fact, I have another chipotle recipe coming up next week (it’s goooooood)…plus, I’ve been making chipotle salsa like CRAZY this summer! Should I share that recipe too?

And, can we all talk about those cans of chipotle peppers in adobo sauce for a quick second? Does anyone ever use an entire can at once? Am I trying to set my esophagus on fire? NO sir.

How about this…making the adobo sauce alone in a tube. Like seriously, how has no one ever thought of this? OR making individual serving sizes…one pepper + one tablespoon sauce.

HELLO chipotle in adobo makers of the universe, let’s make this happen. k?

Annnnnyway. back to soup. All you need is some boneless chicken breasts cut into cubes… 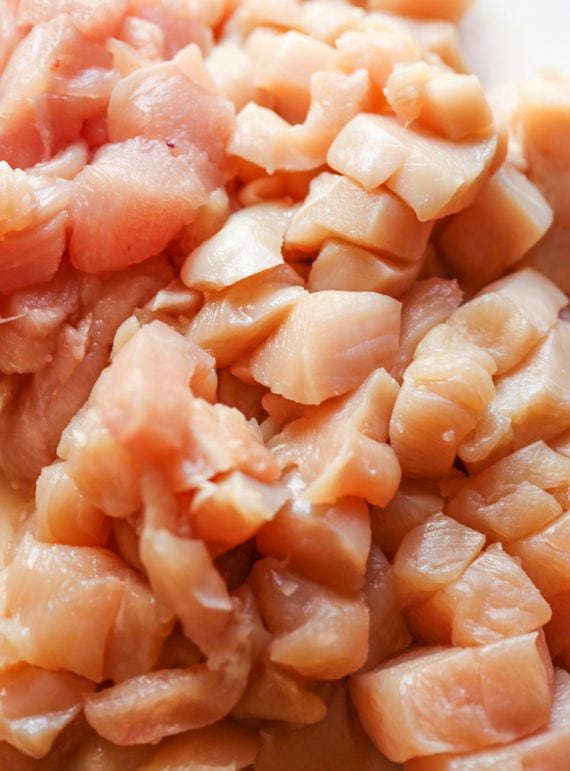 You brown them in your sauce pot. Browning the chicken really adds flavor to both the chicken and the broth. Of course you CAN skip this step, but it just won’t be as good. 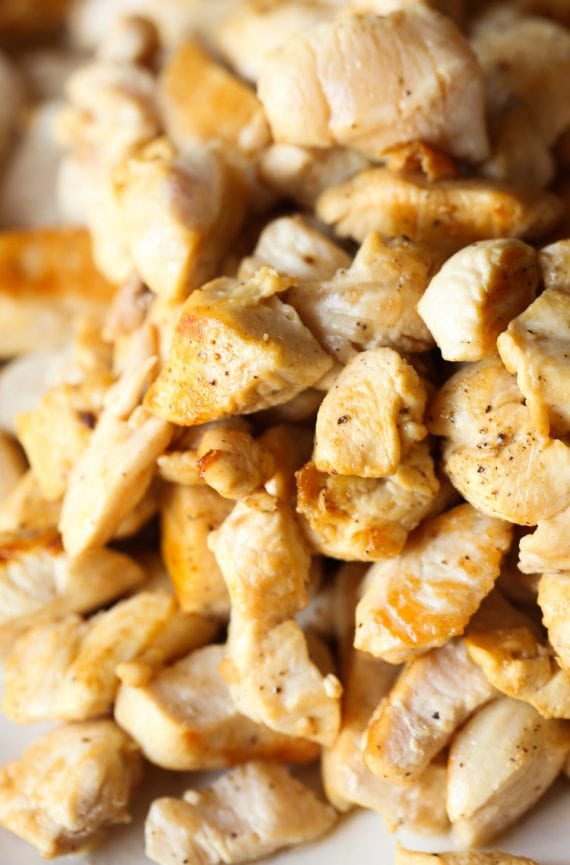 Make sure to brown your chicken in small batches so it gets nice and golden. If you add too much chicken to the pan it will steam the chicken and you won’t get the nice flavorful crust.

Also, like i said before I used corn cut fresh off the cob for this recipe, but you can absolutely use canned corn or even frozen if corn is not in season. 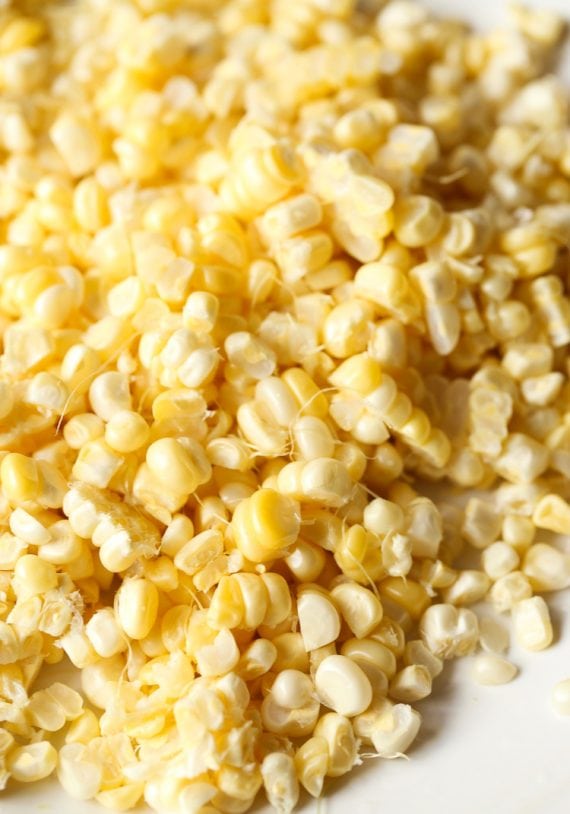 Chicken broth, mixed with adobo sauce, chopped chipotles, and the juice from 2 large limes is the base for this soup. You can add more or less adobo sauce, and certainly less chipotle peppers.

The recipe as-written is on the spicy side, so you can start with 1 chipotle pepper instead of two and add from there! 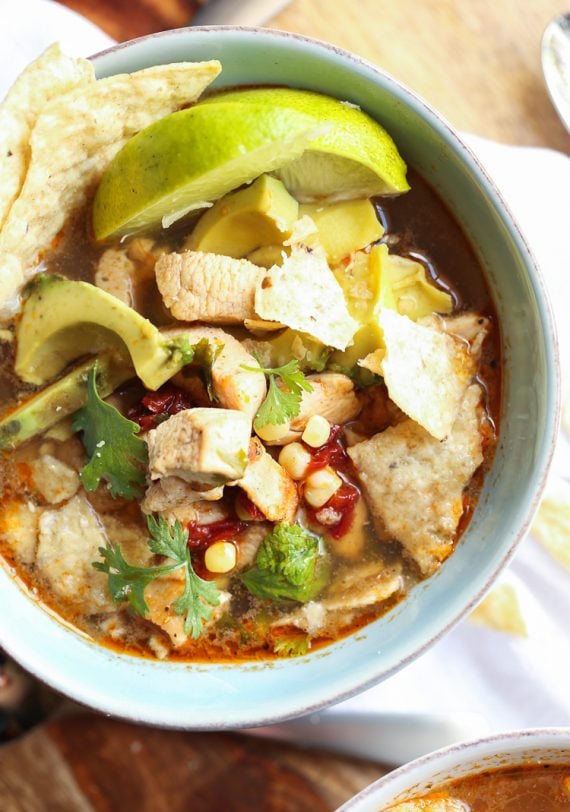 My kids like to add sour cream to their soup to make it a little creamy, which is a great idea! You could even add some cheese.

I, of course, add avocado slices and lots of crushed tortilla chips to mine…as well as extra cilantro!

And this soup is really easy, gets better the longer it sits, as most soups do… and feel free to make it as spicy or mild as you prefer by adjusting the amount of chipotle and adobo sauce you add! 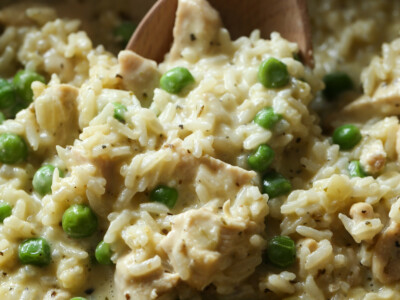 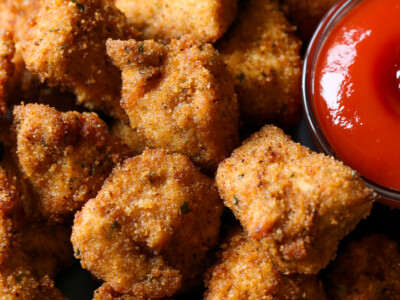 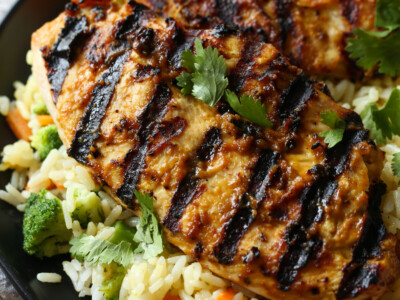 I tried the recipe and added a can of black beans, it came out great!

I will add those in next time!! Great idea!

can this be done in the crockpot?

This looks like such an amazing soup! I love the mix of flavors!

This looks great! PLEASE also share your chipotle salsa recipe as I was looking for a good one recently and didn’t see anything that caught my interest. Would love to have a tried and true one to start with! Thank you!

My grocery carries a jar of chipotle peppers with a lid, and they are pre chopped so you can just scoop out as much as you need without having to chop them!

Such a good idea!

Whenever I opened a can of chipotle peppers in adobo I process the remaining peppers and sauce in a mini food processor. Then I freeze tablespoons of them on a cookie sheet and once frozen I place them in a freezer bag to use later. Recipe looks great!

What a great idea!!!

Soup never looked so amazing! I’m loving all these flavors going on! 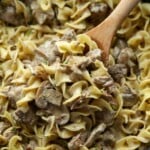 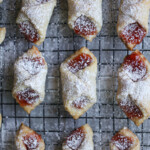 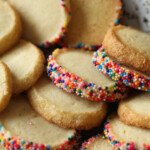 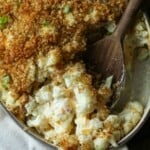