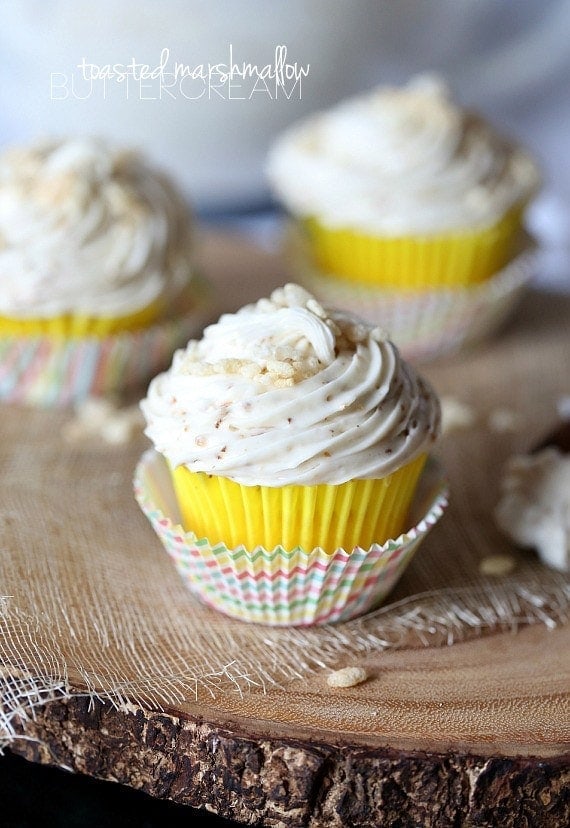 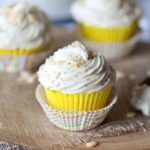 So this frosting. I’m just gonna say that’s it’s insanely delicious.  Not because I made it.

Well, maybe that. But because how did I not think of this sooner? And I didn’t Google it because I would like to go on believing I invented it. And Google is an inventors dream-killer.

The marshmallows give it an insanely yummy flavor, but also a cool texture!  Like a cross between marshmallow and frosting, which obvi… it is. Of course, piped some on top of a vanilla cupcake and sprinkled Rice Krispie Cereal, because Rice Krispies are my love language.

But I could totally get down with this on a chocolate cupcake with graham cracker crumbs sprinkled on top. S’mores, FTW! 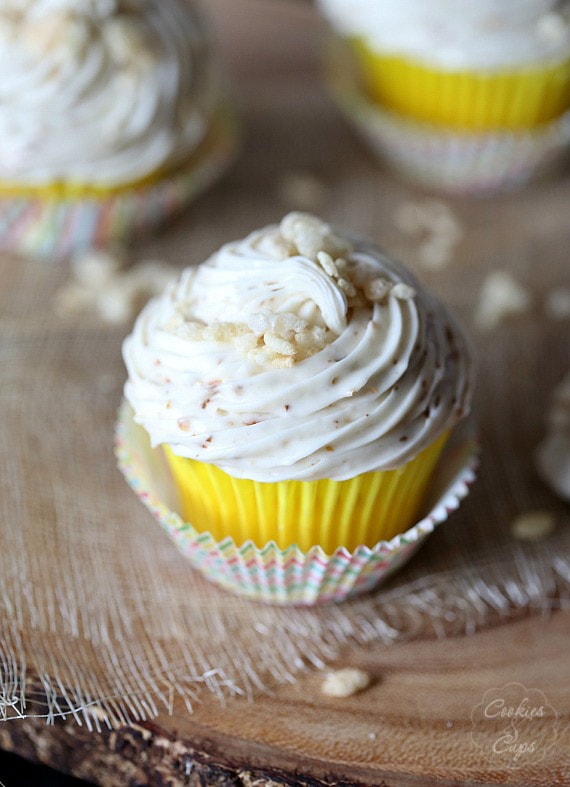 Just mix up a basic buttercream.  You’re gonna go a little lighter on the sugar because the marshmallows add sweetness. 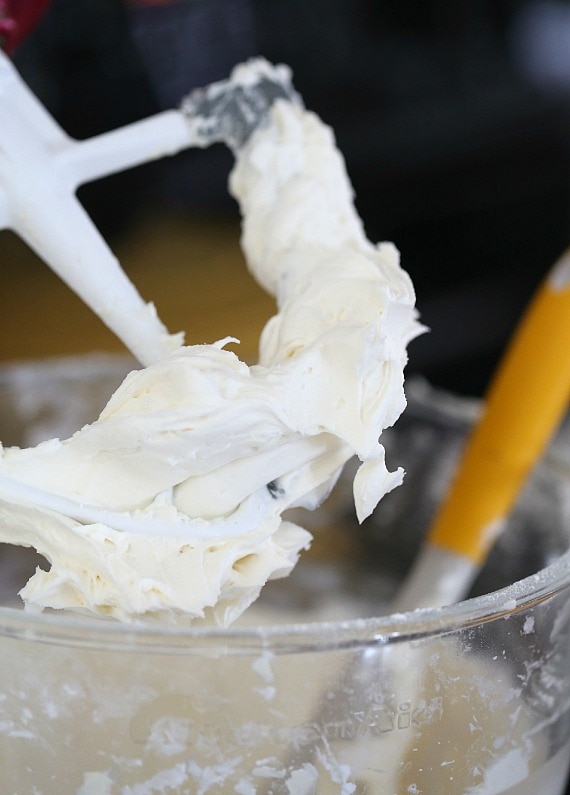 Then spread marshmallows on a parchment lined baking sheet… 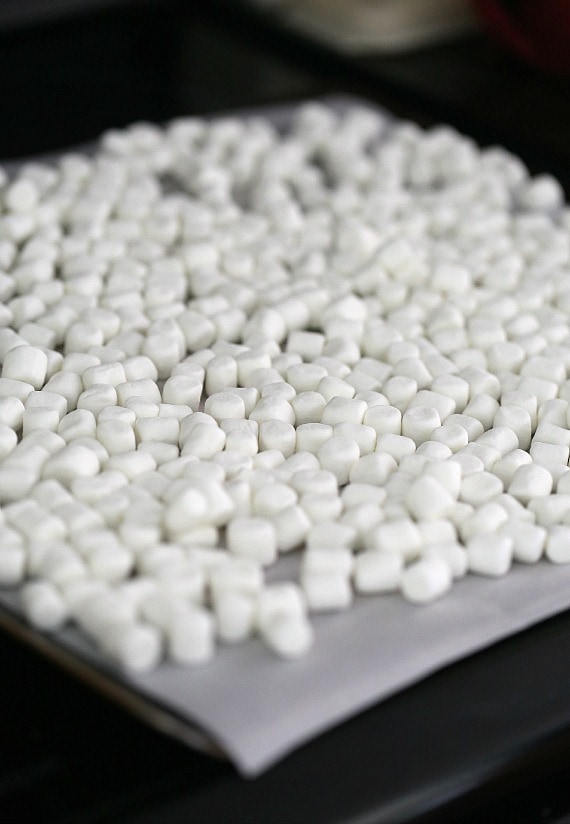 And toast them under the broiler for just about 45 seconds, until they look like this… 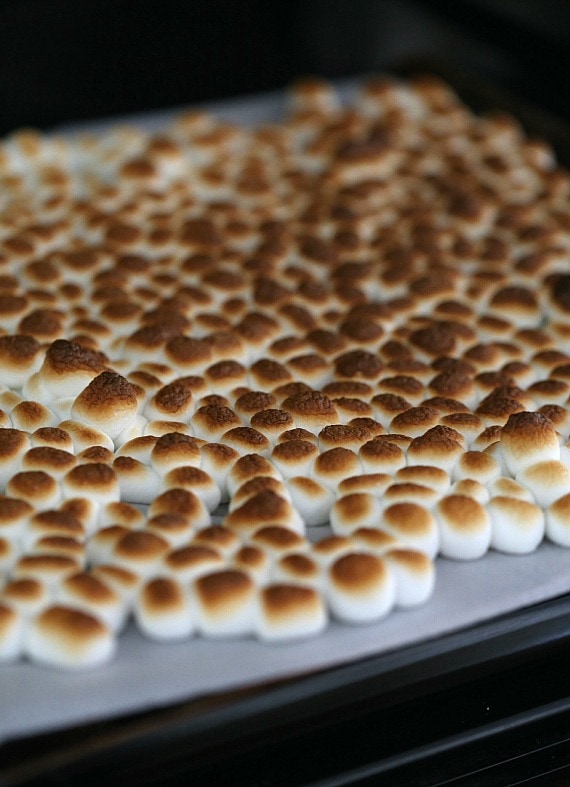 Immediately mix that right into the frosting. 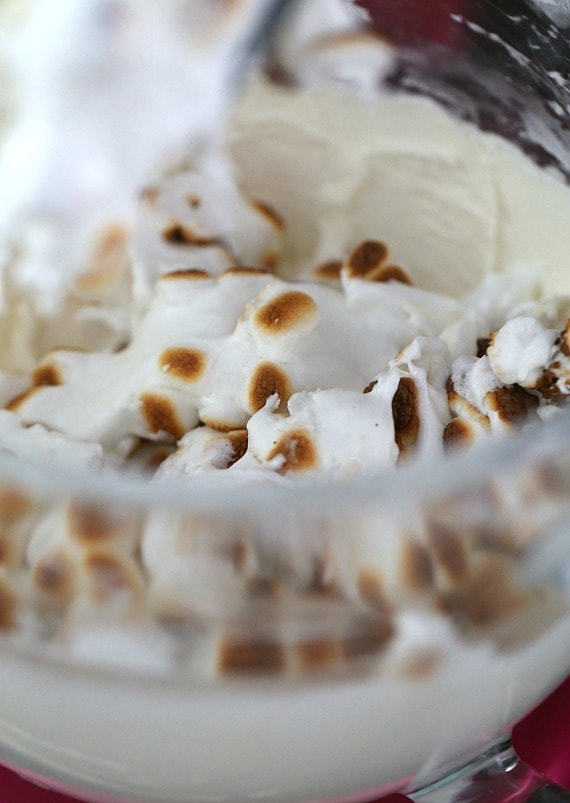 And beat the heck out of it!

Let it cool a bit before piping or spreading.  You’re gonna LOVE the texture of this frosting.

And it works perfect as a filling to a cake! 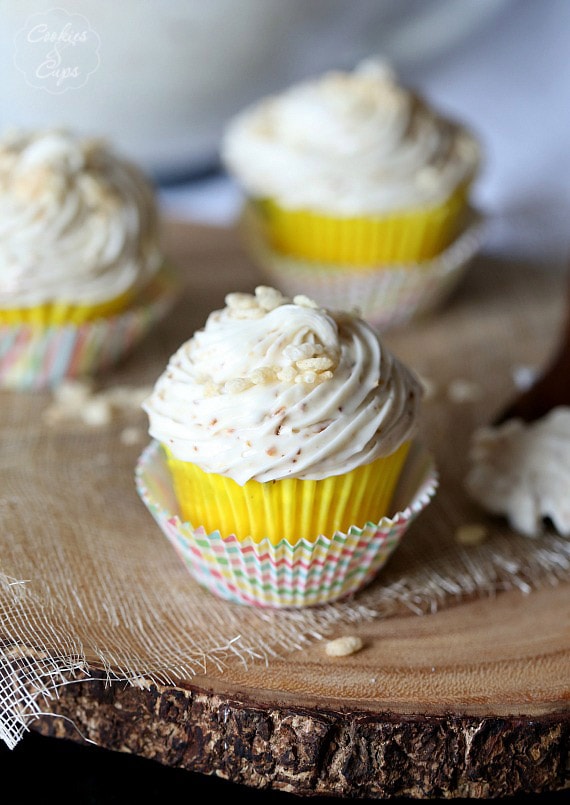 As it cools it will stiffen up, so don’t go adding a bunch more powdered sugar! 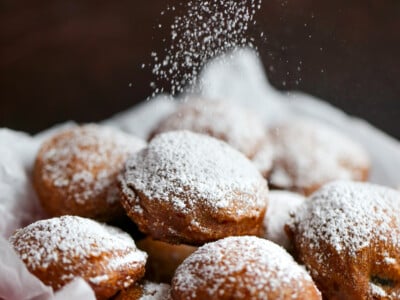 The buttercream will set up as the marshmallows cool 🙂

What is the yield on this? Can it frost and fill a 9 inch layer cake?

I wanted to love this buttercream so bad! The second I put the marshmallows in it melted everything to mush. Followed there recipe to a T.

Yes, the marshmallows are warm, but as you beat it, it will thicken up, and it does say to wait until it cools to spread or pipe!

This sounds incredible! I’m going to use it to make s’mores cupcakes. I’ve recently been introduced to Swiss meringue buttercream, and I love it. Do you think this would work with that too?

Mine came out incredibly sticky & difficult to manage, does anyone have any hints or tricks as to what went wrong and how to correct it next time I give this recipe a whirl? I’d like to stay away from adding more powdered sugar, as the recipe as written is already very sweet.

I made this frosting today and it’s delicious however once it cooled it has become so sticky and thick that it is impossible to pipe. I hade to empty the piping bag and make a sloppy icing mess with a knife instead. Any suggestions?

This is really yummy AND easy! I just had a slight problem. It nearly wrecked my kitchenAid hand mixer because the marshmallows stuck themselves right up the beaters and into the holes that hold the beaters as I beat. I would recommend using a stand mixer. Other than that, yum!

Hey! Great idea!! This looks really delicious! Can’t wait to try it out this weekend! May I know the life shelf of this toasted marshmallow frosting?((:

store airtight in the refrigerator, up to 7 days.

A few comments below you noted it shouldn’t be refrigerated. Is it possible to store leftovers and what’s the best method?

Hi. Can I color this frosting – using gel paste? If yes, at what stage (before OR after adding/mixing the marshmallows into the buttercream?).

The broil setting on my oven is 550°F I believe. Also I have never colored this frosting, but would add the coloring before adding the marshmallows, into the butter/powdered sugar/milk mixture and mix it until it’s a uniform color. When you add the marshmallows just mix them until the color is uniform!

I made this icing last night and oh my goodness it is so good! I love the crunchiness of the marshmallows and the light flavor of this icing. It’s hard not to eat it by the spoonful!

Hi, will this frosting be just as good refrigerated and saved for a few days before used? Thanks!

I don’t recommend refrigerating it…the consistency will definitely change due to the marshmallows in it. It sets up and will be tough to get back to spreadable.

FYI, the Ad’s are slowing your site WAY down, taking over a minute to change pages. Then they come on obnoxiously loud.

Truly perfection! I made this frosting to fill some vanilla macarons for my brunch yesterday. It’s genius! The toasted bits are fantastic. Thank you for the awesome recipe!

Looks yummy! How many servings? 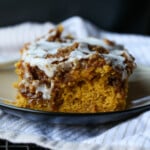 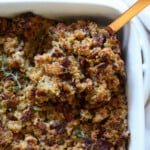 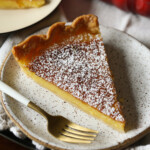 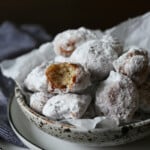