Today I have some super exciting/terrifying news for ya. Eek.

I’ve sat down to write this post a few times over the last few days, only to start.stop.sit.stare.online shop.pinterest browse.start again.

I’ve stared at the screen thinking about the best way to talk about this without sounding annoying and braggy.

But here we go.

I am writing a book.

So I guess it’s real now. WHAT?

I am going to tell you, because we’re close, that I am pretty much scared out of my pants. It ain’t pretty.

Let me start at the beginning. I know you might have some questions.

Back in May I was approached by my peeps over at Simon & Schuster/Gallery Books. They told me that they were interested in doing a book together. Of course I read, reread and reread again the email. After some back and forth like an “ARE YOU FOR REAL?” email and an “ARE YOU SURE YOU HAVE THE RIGHT PERSON?” email and a “SHUT UPPPP” email, I sat down and decided to think hard on the situation.

Do I want to write a book? Like REALLY?

Well, I have to be honest. I wasn’t sure initially. I have been close in the past. Then stepped away. I didn’t think that a book was something that would fit into my life. Some days I feel like I am barely hanging on with just normal routine. And writing a book just seems like an overwhelming, life-consuming, eatdrinkbreathe situation. A HUGE commitment. And I really wanted to be sure that if I were to consider it, I could give it the just right amount of breaths. I mean, I still have a whole other life to tend to…mouths to feed, homework to check, soccer games to watch.

And right now the little humans in my life are the most important. I don’t want to miss a moment.

But. BUT. Could I possibly make it work? I have a supportive husband who I know will help, but. BUTTTTT.

Anyhow, the enthusiasm that S&S and Gallery Books had about the project was enough to help me make the jump. I’m telling you, my editor has me pumped UP.

And I decided to not let fear be the reason I didn’t grab the opportunity. I have so many doubts…will people BUY IT? What if it’s a giant flop? What if it doesn’t turn out the way I want it to? What if people give it ONE STAR ON AMAZON?

But for the love. Grow a pair woman and take what is being given to you. Be a doer.

I took the opportunity.

I signed on the dotted line, so to speak.

And there you go.

I’ve so wanted to talk about it up until this point because I’ve been working on it for months now. And I have to tell you as much work as I thought it was…it’s more.

The details of the book aren’t ready to be completely revealed…but it will be all mine. My ideas, my recipes…all me.

It will have loads of sweets, desserts, baking..obvi. But I will also be throwing in some savory stuff too. I mean, you gotta eat, right?

I can’t wait to share the whole process with you guys. I mean quite frankly the only reason that I have even been given this opportunity is because of you.When I started this site back at the end of 2008 I would never have thought that I would be writing a cookbook in a few short years. Never. Ever.

But hey, here we are.

This summer I have been busy with recipe development. And I will tell you, at this moment if I never see another pie crust again in my life it will be too soon.

But I do want everything to be perfect. I will have a few of your favorite recipes included in the book too.. so it will be mostly new, but with a few “best of” here and there. I’m hoping you guys will help me decide  which recipes from my site should make it into the book! I have too many favorites!

I have worn make-up maybe 3 times this whole summer.

Ok, that’s a lie. But that’s usually how my face looks. Especially after the 15th round of biscuits went in the trash.

And also, can we just talk about how I should have included a gym membership or lap band surgery clause into my contract. The fitbit ain’t cutting the mustard. Making and testing food all day err day has caused me to put on a few el-bees. It’s a job hazard I wasn’t expecting.

Anyhow, right now the book isn’t set to release until early Spring 2016, which seems like a million years away at this point…

But I plan on keeping you guys in the loop every step of the way. So by the time the book comes out you’ll buy it just to shut my face. That’s a solid strategy, right?

So there you go. My news. My life. My exhausted face. My liar fitbit and my overwhelming feeling of gratitude. To you. 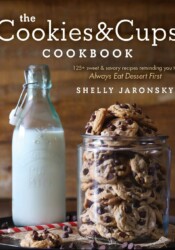 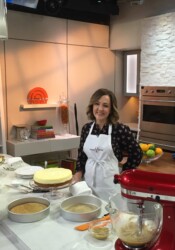 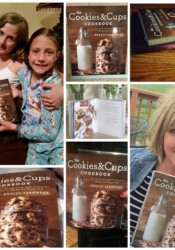 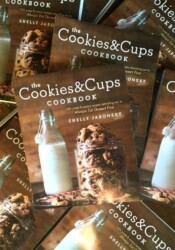