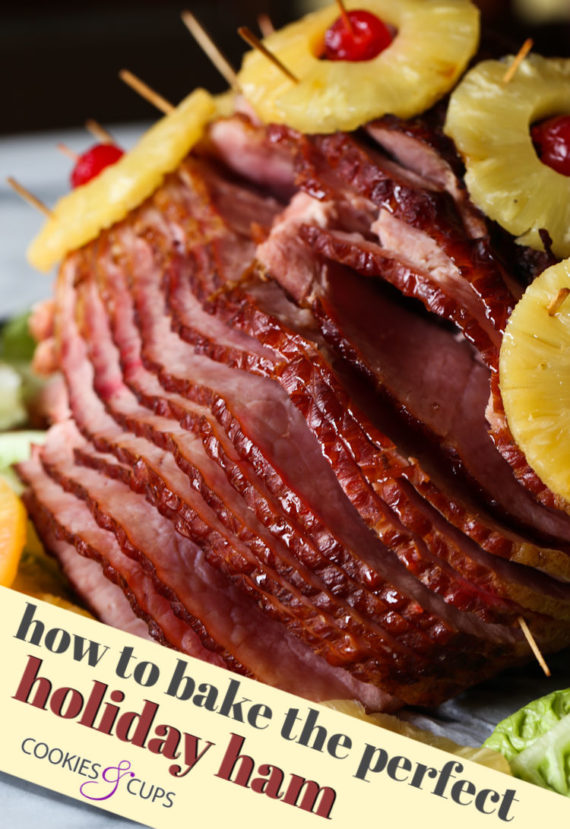 This Easy Pineapple Baked Ham Recipe is easy and loaded with flavor thanks to the sweet glaze! AND this ham is baked in an oven bag which keeps it ultra moist. I’ve got some tips and tricks for ham success every time!

I’m thrilled to announce I’m a 2019 Reynolds Kitchens Ambassador and will be partnering this year with them on some fun new recipes! Thank you for supporting the brands that make this website possible!

This Pineapple Baked Ham Recipe is Perfect for Your Holiday Table!

I know I am not alone when I say that a spiral ham was always a fixture on my family’s holiday table. Whether it be Thanksgiving, Christmas, Easter…it was always an option. And since I am not a big turkey guy, I always loved ham, especially since we had leftover that we could eat throughout the week! My favorite way to have leftover ham is on one of my Skillet Biscuits with a smear of raspberry jam. You might think that sounds weird, but totally try it!

Anyway, my mom always used the glaze packet that comes with most spiral cut hams, but today we’re trying a method that is just as easy, and always turns out perfect…baking a ham in an oven bag!

How To Bake Ham In An Oven Bag

I love this method so much for ham, because the clean up is a breeze, and the cooking bag traps in moisture and natural juices to keep ham (or any food, really) from drying out so it comes out juicy and tender every time. Reynolds Kitchens is seriously here to make your time in the kitchen as easy and foolproof as possible, and Oven Bags are a MAJOR win in my house.

For this Pineapple Baked Ham Recipe I used a spiral ham, but you could absolutely use a non-sliced ham, it might just take a little longer to come up to temperature.

I create my own flavorful, sweet glaze that the ham cooks in, which is really easy and pairs so well with the savory ham. Here’s what you will need:

All you do is whisk those ingredients together and pour them over your ham that is placed in an oven bag!

I like to place pineapple slices and cherries on top of the ham, securing them with toothpicks, for pretty presentation, as well as more flavor! Plus, it’s totally nostalgic and I love that!

The Reynolds Kitchens Oven Bags come in two sizes, one for meats up to 8 pounds, and another one that will fit up to a 24 pound turkey! I used the large size for my ham today because I used an 8 pound spiral ham.

Does the Liquid Evaporate or Absorb Into the Ham While Baking?

How To Add Even More Flavor to This Baked Ham Recipe

Once the ham is done, you will still have a decent amount of the liquid in the bottom of the bag. You can discard this, OR you can transfer it to a saucepan and bring it to a boil. Boil it until the liquid is reduced by half, and it will be a thicker glaze that you can drizzle on top of the cooked ham!

If you don’t want to do this extra step, you can eat the ham as-is, which will be amazing! OR you can even drizzle a little honey or maple syrup over the top.

If You’re Making This Baked Ham Recipe for Your Holiday Dinner, Here Are A Few Dessert Options To Go Along With it:

This is a flavor packed holiday ham recipe that has the most amazing pineapple glaze. Using an oven bag keeps the ham ultra moist.

optional glaze – when the ham is baked, transfer the remaining juice in the bag into a medium saucepan. Bring to a boil over medium heat, and cook until it’s reduced by half. Drizzle this over top of the ham.

Store ham airtight in the refrigerator for up to 5 days. 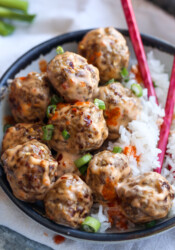 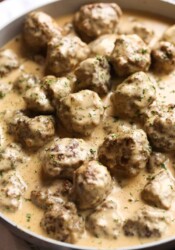