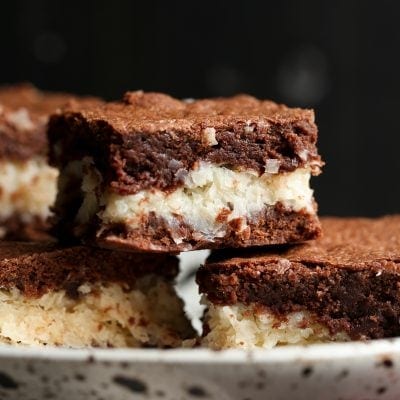 Coconut Stuffed Brownies are like coconut macaroons stuffed inside fudgy brownies! It’s like a Mounds bar in brownie form…perfect for the coconut lovers in your life! Coconut brownies are the chocolate dessert recipe you’ve been waiting for.

I am all about a new brownie recipe. And I won’t lie, I didn’t invent this idea. I was in my local supermarket bakery (which is not that place to be if you’re craving high swirls of shortening based frosting) and I saw a kinda-sorta version of these brownies. In the store, they were topped with chocolate frosting, and the filling looked like it might be a coconut frosting situation (told you, FROSTING), and I knew I had to throw my hand in the ring.

And while you know I love my frosting, I thought these might be better if they had a coconut macaroon-ish moment rather than a sugary frosting. Also if I say frosting ONE.MORE.TIME.

So, I got home and whipped these beauties up. And I sure ain’t mad about how they turned out. 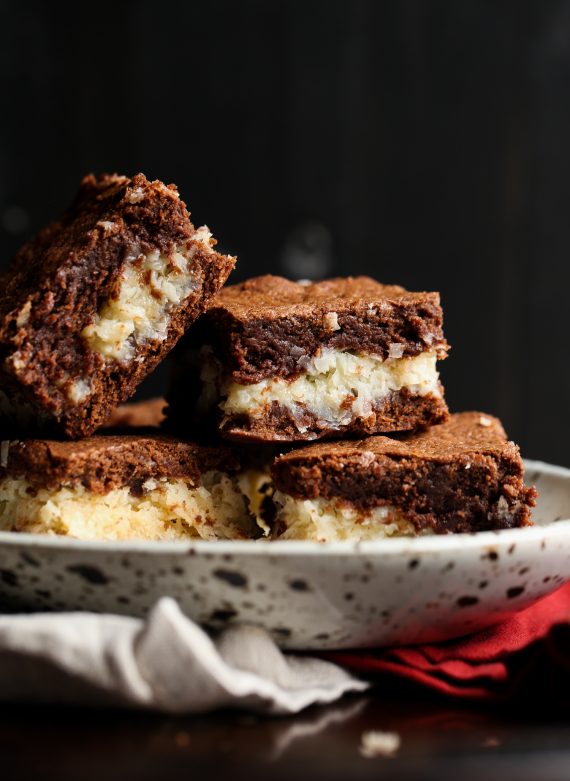 I was in such a hurry, I didn’t even stop to take pictures of the process. But, I’m fairly sure you guys know how to make a brownie, so I won’t lose any sleep. And, to be honest, I used a version of my Cookies and Cream Stuffed Brownies recipe as the starting point. 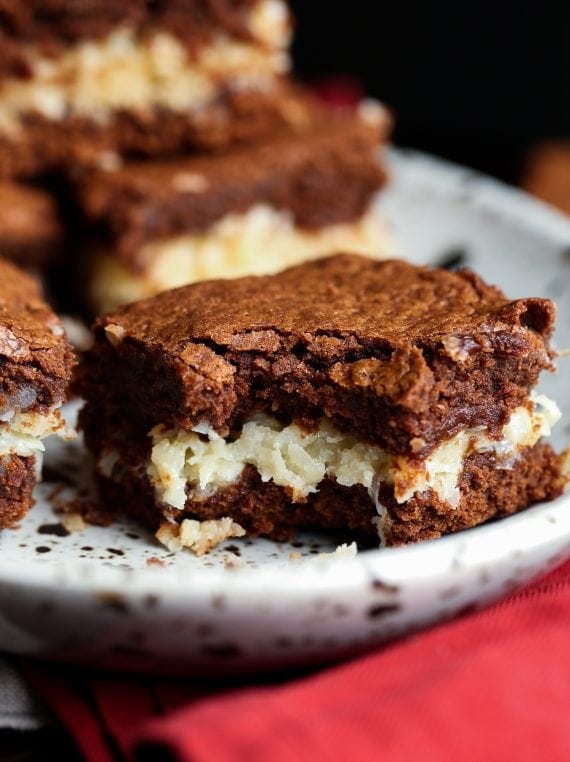 The brownies will be fairly thick, and you will need to make sure they are fully baked, but NOT over baked!! The texture of the brownie on this one is slightly different than a typical fudgy brownies, because I wanted it to be thick, but sturdy.

There is so much sweet coconut in these…if you love coconut, these are for you!

Coconut Stuffed Brownies are like a coconut macaroon stuffed inside fudgy brownies! It’s like a Mounds bar in brownie form…perfect for the coconut lovers in your life! Coconut brownies are the chocolate dessert recipe you’ve been waiting for.

store airtight at room temperature for up to 3 days.