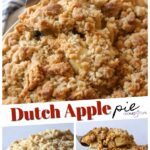 This easy Dutch Apple Pie recipe has everything I love in an apple pie AND MORE! And by more, I mean a thick layer of buttery crumb topping. If you’ve ever wondered how to make Dutch Apple Pie – also known as an Apple Crumble Pie – you’ll love this simple recipe.

Looking for an apple pie recipe with a crust topping? Try my Classic Apple Pie recipe. It’s seriously good and includes easy step-by-step instructions for how to make the best apple pie ever!

The Best Dutch Apple Pie Ever

I am FULLY into Fall Baking this year. It’s barely September and I feel like I’ve held out so long, so get ready for apple, pumpkin, and cozy coming at you in a major way. I want to make sure you are completely ready with options for the holidays, game day, or just a cozy Autumn Sunday.

So I’m following up the Classic Apple Pie Recipe that I shared a few weeks ago with this similar but different apple pie recipe, my Dutch Apple Pie! Also known as an Apple Crumble Pie, this delicious Autumn dessert is not to be missed.

Dutch Apple Pie is For All You Crumb Topping Lovers!

The thing with Dutch Apple Pie that sets it apart is the crumb/streusel topping. There are tons of variations on this recipe out there in the universe, but today I’m sharing my method, which I find to be the easiest!

Plus, I’m breaking down a few common mistakes and issue you might have when baking apple pie (or any fruit pie). So let’s get started!

What IS Dutch Apple Pie?

Here’s the thing, I am not a food historian, but after a little research it just looks like a Dutch Apple Pie is an apple pie with a crumb/streusel topping as opposed to a pie crust on top. I am not quite sure the authenticity of this recipe, but I do know it’s delicious!

What Are the Best Apples for Pie?

There are tons of varieties of apples to choose from, and really there aren’t a lot of bad choices, however I prefer Granny Smith, as they hold their texture and don’t release as much liquid as others.

Other varieties that work well are:

Should You Use Raw Apples in Pie?

So this recipe, unlike my classic apple pie recipe is baked with the apples still raw, as opposed to cooking them before baking.

I like baking the raw apples in this recipe because as the apples cook they release liquid, and the crumb topping absorbs some of that juice, which creates a nice, thick crumb crust. The DOWNSIDE to this, is because they release liquid the bottom crust can get a little soggy.

How To Prevent A Soggy Apple Pie Crust

So like I said, baking with raw fruit is great because it’s quick and easy, but fruits release liquid as they bake, creating a lot of juice! Here are some tips on how to prevent that from happening:

Feel free to make your own pie crust, or use a store bought pie dough for this recipe. Whatever you prefer! If you use my recipe for my All Butter Crust, note it makes enough dough for 2 crusts.

This Dutch Apple Pie recipe is made with a tender crust filled with juicy, spiced apples and topped with a thick, buttery crumb topping.

Store airtight at room temperature for up to 2 days, or in the refrigerator for up to 5 days.

*The recipe for my homemade pie crust makes enough for 2 dough rounds, however this recipe is for one pie. So you will only need one round for this recipe. You can cut the dough recipe in half, or divide it and save dough for later! 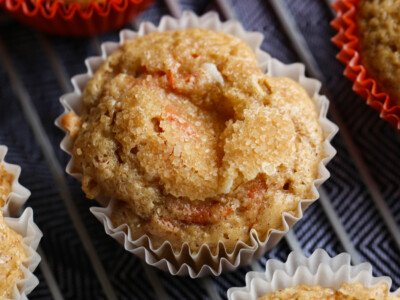 Inside Out Carrot Cake Muffins 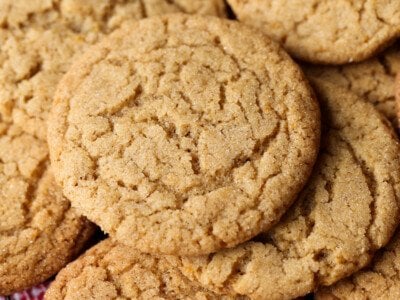 So….I may have combined your pie recipes. It was phenomenal. I wanted to cook my apples so my filling was your classic recipe but I’m a huge fan of streusel so I used this recipe for the topping…and man oh man it’s a winner.

So good! First time I’ve ever made any type of pie. As some others stated it only made enough for one pie, not two . I followed the recipe with the only exception of using dark brown sugar since thats all I had. It was so worth peeling them apples and waiting for it to bake! So glad my bf doesn’t like pie so I have it all to myself! Add a scoop of ice cream!

So glad you liked it! This recipe is for only one pie, it won’t make two pies 🙂
The separate recipe for my pie crusts makes 2 pie crust rounds, so you can cut that recipe is half, as you only need one crust for this pie!

Thanks Shelly! I misread the recipe. I did get another pre-made pie crust and some more apples to make a second pie to make for my neighbors. I know they will love it!

I am a self proclaimed great cook, but terrible baker. However, ever since the apple harvest this year, I have made this pie a dozen times! It is requested almost as often as my meatballs and sauce.
I usually use the McIntosh and Granny Smith combination to please a variety of tastes. The Dutch Crumb topping seals the deal to becoming everyone’s favorite desert.
Thank you

Thank you so much for leaving a review!!

This is a great recipe. I tweaked it slightly but I always make the recipe my own. I use half granny smith and half Honey crisp apples. We like extra toppings so we doubled it and added cinnamon to it. I made it twice for Xmas and making it again today, my husband is addicted to it.

Just made this pie with my 19 year old son who was dying to try apple pie. We had some Mccintosh apples that needed to be used. I used less apple than listed in ingredients and added some extra cinnamon to the crumb topping and it was a very good pie.. I also used Pillsbury ready pie dough. The only thing I may try differently next time is all brown sugar like my apple crisp topping that I love. We will definitely make again. PS…Our first time making a pie and when this pandemic is over, I hope to try… Read more »

I just tried this recipe and it is great as is! The first time I tied cooking the apples (as mentioned in another comment and in the other apple pie recipe I read) but the result was not the defined apple pieces that I wanted. The crust is great! The crumple is great! I used Granny Smith apples and Honey Crisp. I did have some of the liquid drip onto the oven bottom and burn. I suggest putting a piece of foil under your pie dish to avoid the burning sugar and smell. My husband said it was THE BEST… Read more »

Thank you for sharing this recipe! I tried it out today and it came out perfect. One of the quickest apple pie recipes to make, and probably the most forgiving haha. My adjustments were using fuji apples instead and I was short light brown sugar, so had to mix dark brown + leftover light brown + coconut sugar to make the full 1/3 cup – turned out great still. Definitely saving this to make again. Used your pie crust recipe as well which was easy to follow. Sooo nice and flaky!

This recipe is definitely a save! I’ve been baking for years. I’ve made a few changes to it, based on high altitude and undercooked apples. I fry my apples in butter with cinnamon until slightly cooked. The cinnamon needs to open up and frying it with the apples makes it blossom. I let it cool slightly and add the rest of the the ingredients.
The toppings I halved the flour and substituted with almond flour, also added pecans! Boom!

I have arthritis in my hands and cutting and peeling apples would be difficult. Can I use a canned apple pie filling instead and would I have to make any adjustments to do that? I made this pie in years passed and my family really loves the crumb topping the most! Thanks.

Yes, that should work!

How long to bake it with a pre baked crust, canned apples, just to bake the topping on it?

can we prep a day before?

Just wanted to thank you for an amazing recipe & wish you and yours a Merry Christmas! I just popped mine in just now for Christmas. This is my second time making it this year. Dutch Apple Pie is my Mama’s most favorite pie. She had requested it at Thanksgiving and I have always made regular apple, been afraid to try Dutch for whatever silly reason. I fell on your recipe, and it turned out perfect! She was so happy! My Mom hasn’t had a lot to celebrate this yr like so many other elderly folks whom have been stuck… Read more »

Merry Christmas to you too!

It was tasty, but the filling made enough for only one pie):

That’s good, as the recipe is written to make one pie, so sounds like the measurements were perfect! You can double it for two!

In all fairness, under “Ingredients” you say that your recipe will make enough for two. I’m guessing that was just a mistake but you may want to change that for clarity. Ok, I’m off to make one! Thanks for sharing your recipe!

I think the dough makes enough for 2 pies but the filling in this recipe is just for one.

Can I make this ahead of time and then bake it the day of. 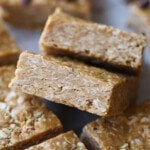