I have been a pretty busy bee around here lately. With the school year winding down it seems like things should be all casual and easy.

I am just waiting for summer break to begin so I will have a whole new list of complaints…you know it’s coming.

But in between all the school projects, concerts, parties,sports practices and games I take solace in my kitchen. With a muffin in each hand. 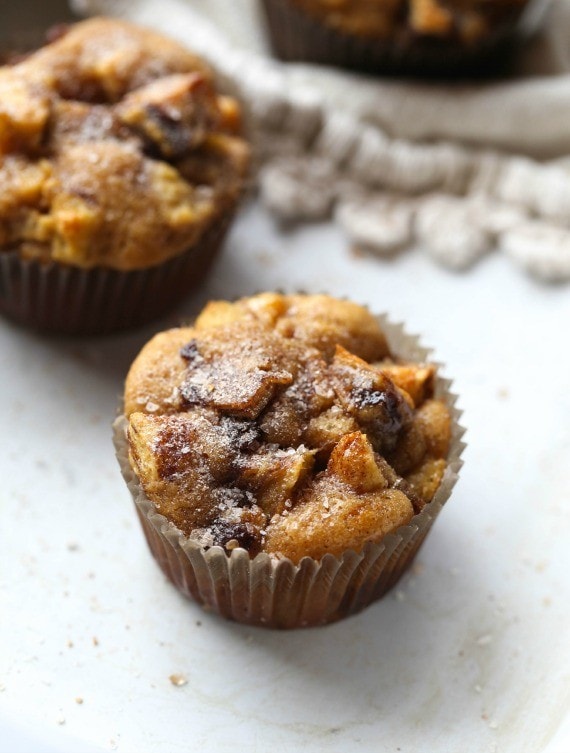 These French Toast Muffins are fairly bad ass, if I do say so myself. Not only are they totally gorgeous, they are just as good the second and even the third day. Which in muffin land that’s like 400 years.

I mean unless we’re talking about a prepackaged muffin, which in that case will be good until the year 2176.

Anyhow, what you get here is 2 classic sweet treat breakfasts all rolled into one cupcake liner.

Let’s talk about the details. 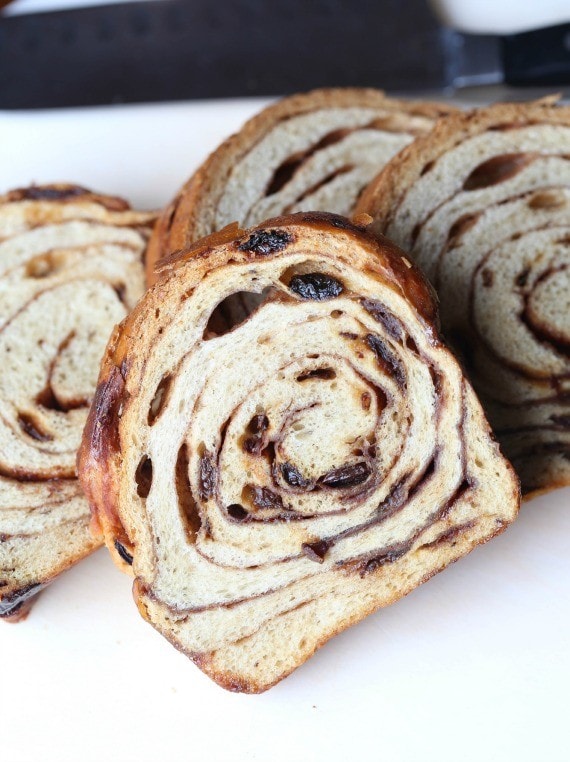 I started with Cinnamon Swirl Bread. You absolutely don’t have to use this bread…you can use another sturdy variety…but please give it a try. The Cinnamon Swirl loveliness makes the muffins extra special.

Just chop it up into cubes, but cut off the edges… 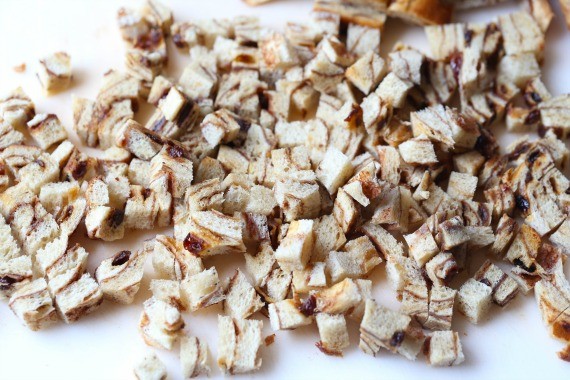 And mix it with some milk and a beaten egg…just like you would regular French Toast. Set that to the side while you create the muffin batter. 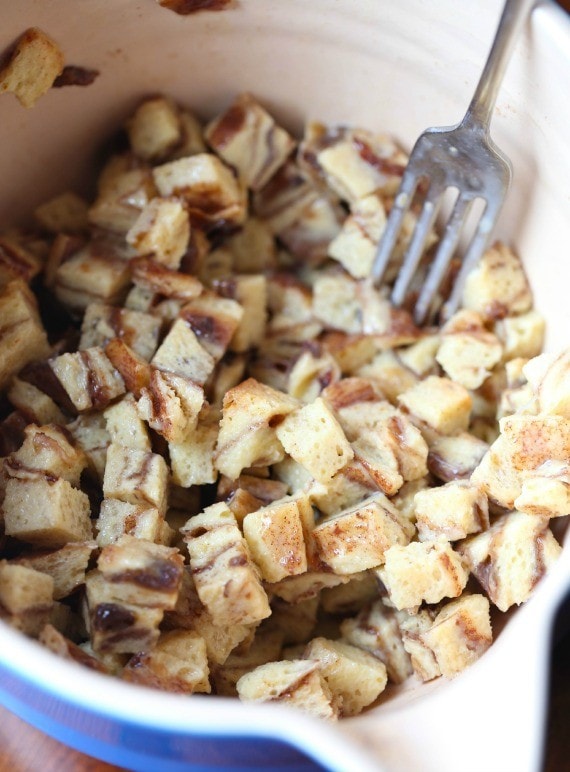 It’s a simple batter you just stir together in a large bowl. 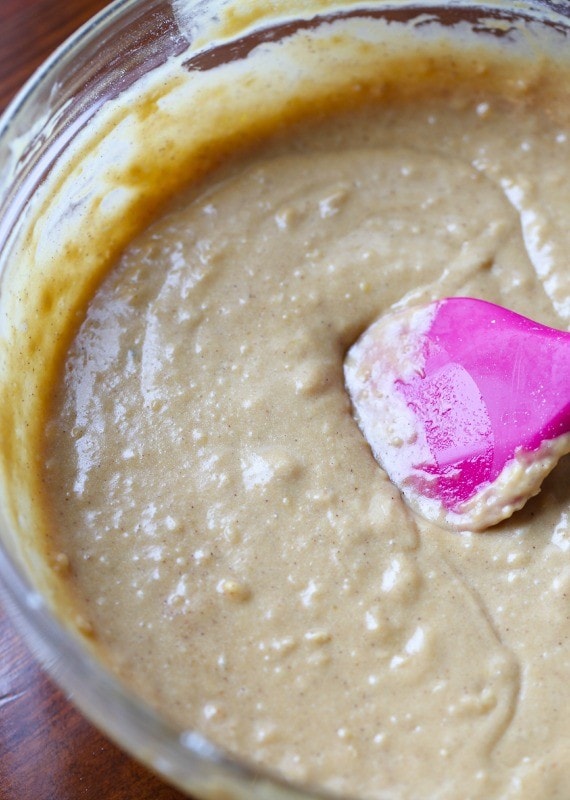 Fill your muffin cups about 2/3 full… 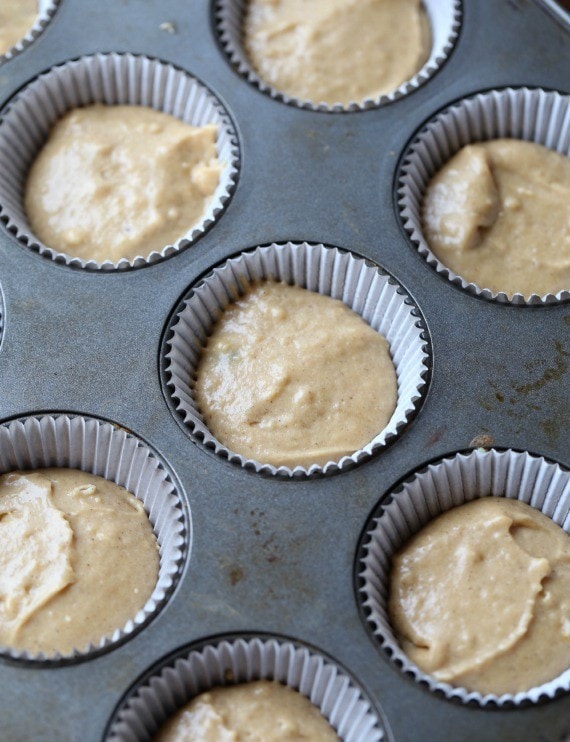 And press the French Toast mixture on top… 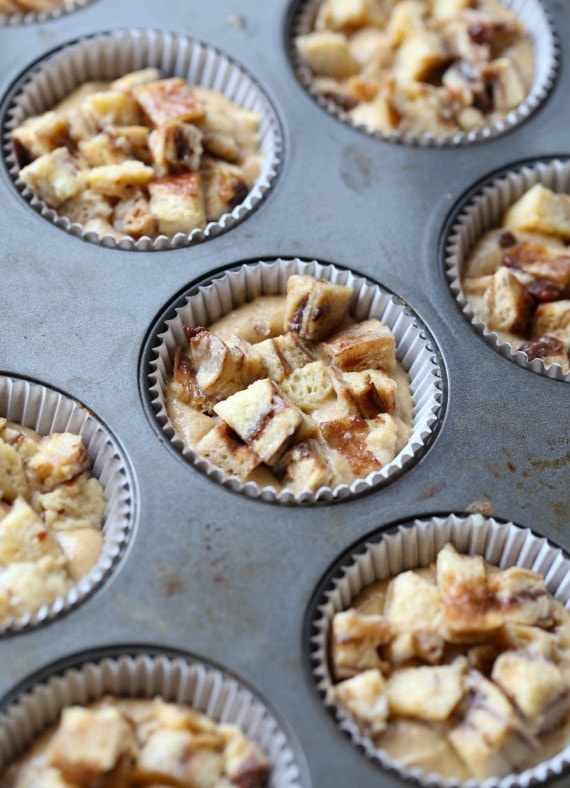 When they are fresh out of the oven drizzle a little maple syrup on top and sprinkle on some cinnamon sugar. I like to do this step while they are still in the muffin tin to keep any mess to a minimum. 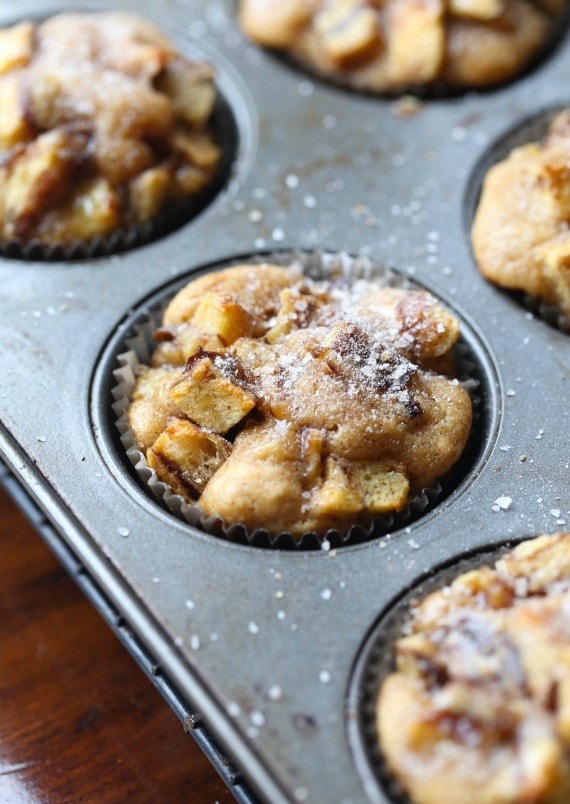 But if you’re feeling dramatic go ahead and make a show of it. High pour that maple syrup on top like a boss… 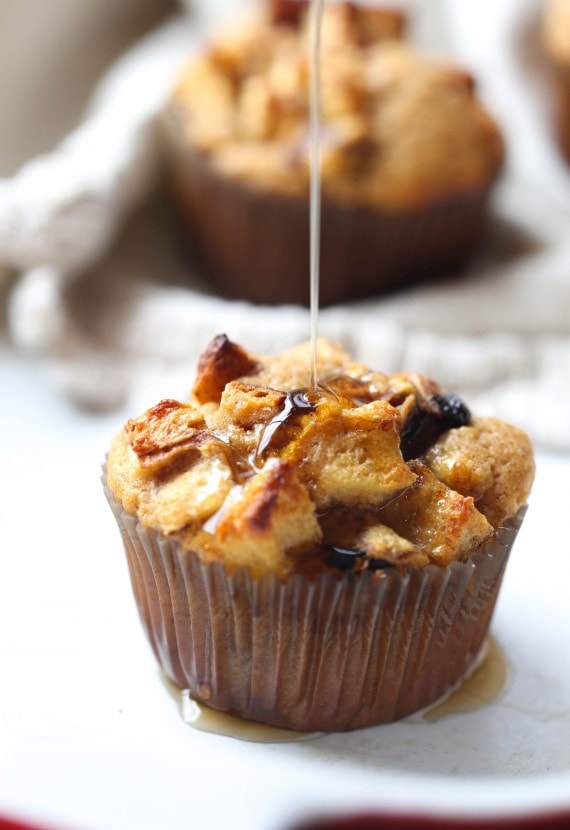 And then BAM it with some cinnamon sugar.

People will ooh and ahh. Mark my words. 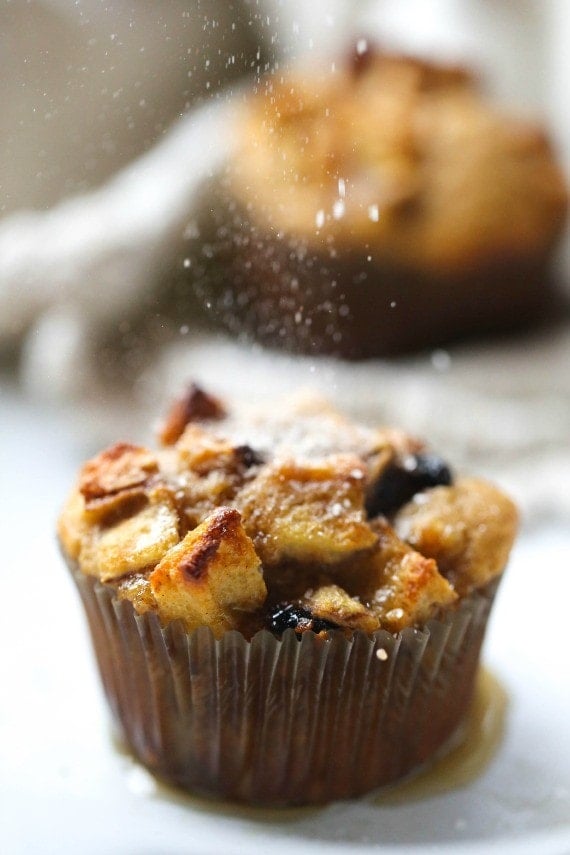 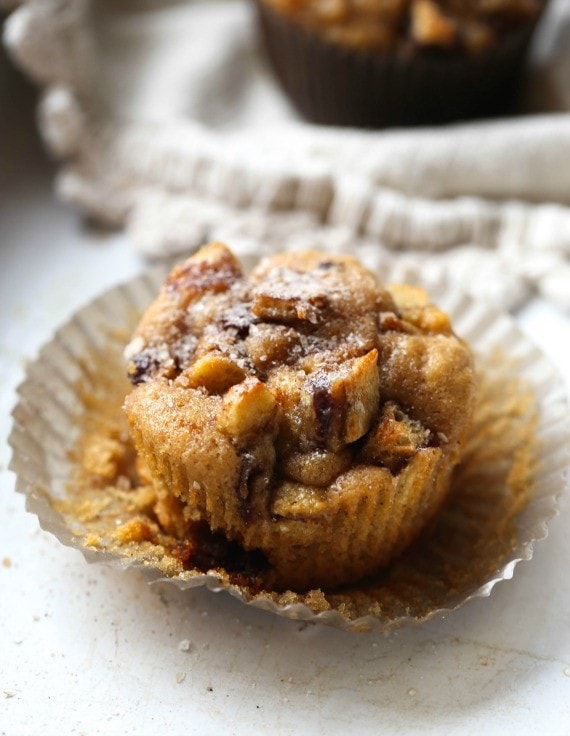 And dig in to your muffin masterpiece. 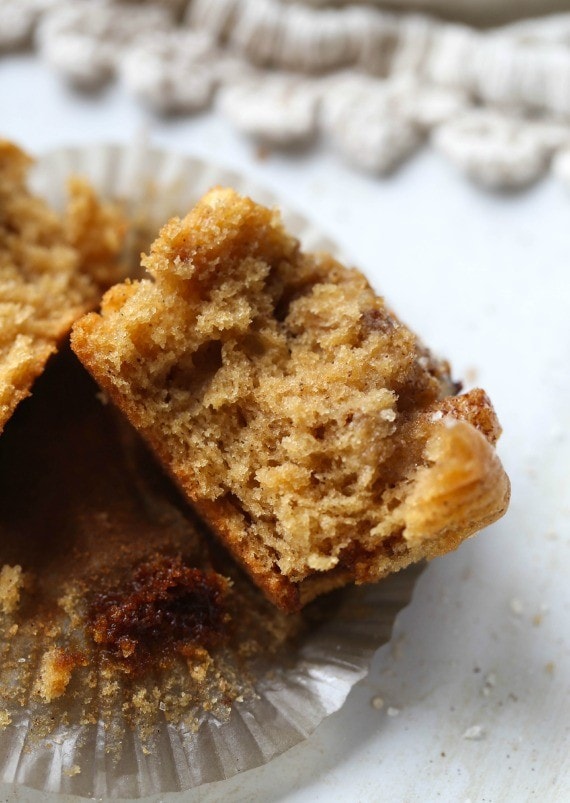 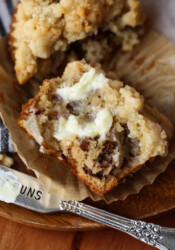 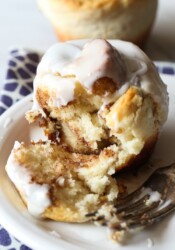 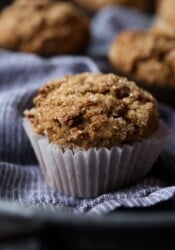 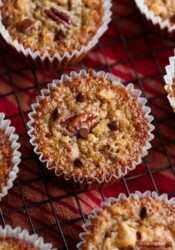