I have to say that the holiday season has completely snuck up on me this year. I feel like I was just doing back to school stuff..then it was instantly Halloween and now, boom…Thanksgiving.

I have friends who already have a good jump start on their holiday shopping.  They are all pretty much brats if you ask me. I tried one year to get all my holiday stuff done early…and early for me is by the beginning of December… I even got up and did that crazy nonsense called Black Friday…

I can’t deny that there are deals to be had, but I will NOT, again in my life wait in a line to get into WAL-MART.

There was like a for-real waiting-area-corral-system.  So yeah, I was corralled with the “People of Wal-Mart”.  And yes, they do get up at 4:00 a.m. Nothing against Wal-Mart, I’m just sayin’…

So back to my point.  I got all my holiday shopping done early and only had to give one woman a black eye.  So it was great.

BUT.  What happened then was my dear children changed their minds. A good 70% of the toys that they had on their list were crossed off and replaced with all new toys that they HAD TO HAVE. I am still dealing with Santa-believing children, so according to them they have up until Christmas Eve to change their mind.

I ended up making multiple returns that year, along with spending a good $300 more than I had planned, because I kept picking up cute things that I would see along the way.

So, yeah, I wait til about mid-December to start. Clearly I am not disciplined enough to plan ahead.

So with procrastinating in mind, I have decided that this week will be a week of short-cuts. We started out with 2 ingredient cupcakes…and now we’re gonna do 2 ingredient fudge.

Now, this wasn’t my invention…I first saw it a few weeks ago over at my friend Lori’s site, Recipe Girl.  She made a completely sweet candy corn fudge.  I about fell off my chair when I read the ingredients…white chips and canned frosting!  How had I never heard that this was a thing before?  So after a few quick internet searches I learned that it IS a thing and people have been doing it for years.  Talk about feeling left out!

So I spent a week feeling like a fudge pariah.  I got a fudge-complex.  People have been keeping fudge secrets from me and it doesn’t feel good.

In trying to comfort my fudge-outcastness I got to thinking that maybe I didn’t know about the crazy frosting fudge because it’s gross, no -good, yack-worthy…

Yes, that’s it…no one was keeping a secret, it was just no good, which is OBVIOUSLY why I hadn’t heard of it.  The universe knows I don’t like gross stuff, so it has kept the existence of this miracle fudge far, far away from me.

But since I can not leave well enough alone, I decided to go against the universe and try the fudge…strictly for research.

Well, I am here today to begrudgingly tell you that it’s delicious.  Completely yummy.  It certainly is a bit different than a traditional fudge, but seriously, you are using a can of frosting and chips, so get over yourself fudge connoisseurs.

I am currently angry at the universe.

And you can fold in nuts, candy…whatever!

So, what I did was made some frosting fudge using white chips, vanilla frosting and Peanut Butter Ritz Bits.

Now, before you get all crazy on me that I added Ritz Bits into fudge, just hang on.  It’s good.  I mean, REALLY good.  You get salty, sweet, peanut buttery fudge.

Here’s all you need…

Melt your chocolate.  I prefer the double boiler method for white chocolate because I burn burn burn the heck out of that in the microwave.  But if you aren’t microwave impaired like I am, melt it how ever you want.

As soon as it’s melted, remove from heat and dump in your frosting.  Stir it until it’s smooth.

Get your Ritz Bits ready, it’s their time to shine.

Fold them into your fudge.

Now spread your fudge into a prepared pan.

Let it chill for about 30 minutes and then cut into squares.

My life is officially complete.

Store in an airtight container for up to 1 week. 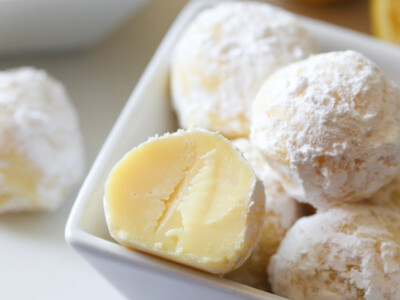 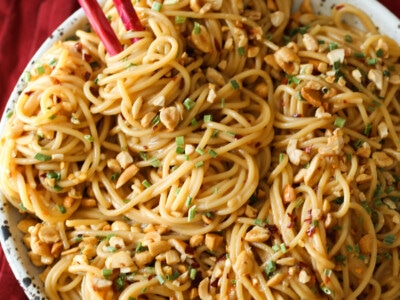 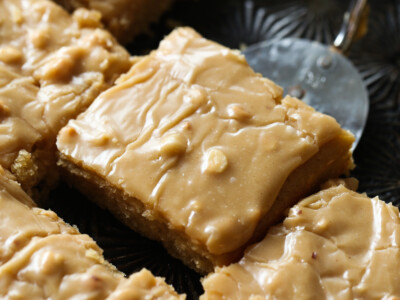 You are hilarious! I don’t intend on making this, tbh…
I’m making the strawberry one, but I still read the whole spiel
and laughed so well done. Have a cookie.

What can you use instead of canned frosting. Can you use normal homemade frosting

I just found your website after staling the food & drink section of pinterest and I have to say that I just LOVE your style. All this food looks fantastic and you write up your posts with such flair.
Please keep it up! I will look forward to following your recipes!
Cheers

I just made this fudge… cannot wait to try it!
I also wanted to say that i bought the LAST BOX of pb Ritz at my store! Crazy.

I found some ritz bits in time for Christmas. (Posted about the recipe on my blog here) My mom had had one while she was watching my daughter so my husband and I could have a date night. When we got back, the first thing she said was, “What on earth was that fudge stuff…it was so good…and evil.” Good and Evil. My sentiments exactly.

I made this yesterday! So delicious and sugary and full of fat and magic. I posted a picture on my blog! I’ve also been forced to share it with everyone I know so I don’t become 700 pounds in a day.

Yup, sounds gross… just like fudge made from Velveeta Cheese… which is also pretty good and totally normal-fudge-tasting. Makes you wonder what Velveeta really is.

My grandmother has been dipping peanutbutter cracker sandwiches in white chocolate for years. I wondered if ritz bits ever occurred to her as a good shortcut (we manually make each sandwich!).

This is just genius! And YOURS is ridiculously delicious-looking. I cannot wait to try this recipe.

I made this last night, but used peanut butter chips, chocolate frosting, and Reeces’s minis. Yum!!

I wish you could live in my basement. I would install a kitchen there just for you. I can NOT make fudge. I am scarred from all of my attempts. I may risk the therapy progress and attempt again.

This is probably the most unique, and different recipe I’ve seen that looks delicious too

I’ve never heard of this fudge either! Thanks for the enlightenment! I love what you did with it.

I did Black Friday once too, first and last time…lol My husband, however, for some strange reason loves it and can’t wait to get out there.

I have never heard of this fudge. I am excited; it sounds easy and good, and yours sounds amazing with the Ritz bits:)

I’m not sure which I love more…the recipe or your fantastic humor. I may be in love. That being said, I too am “fudge challenged”. Last year I made several batches of the “real” stuff that I had to throw away because everytime I tried to cut it, it crumbled into little pieces. Finally, after the 3rd batch did this, I threw it into my food processor and ground it to bits then added cream cheese to make like fudge bon-bons that I dipped in chocolate. Thanks for the recipe and the laughs…you certainly made my day!!

O…M…G…that is so easy I died a little inside! I think I may have to be angry at the universe as well!!! Ritz, plus chocolate = AMAZING!