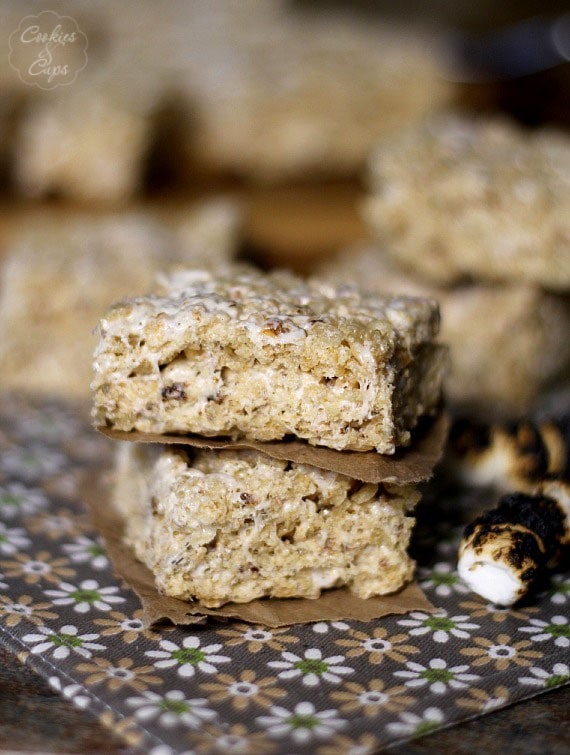 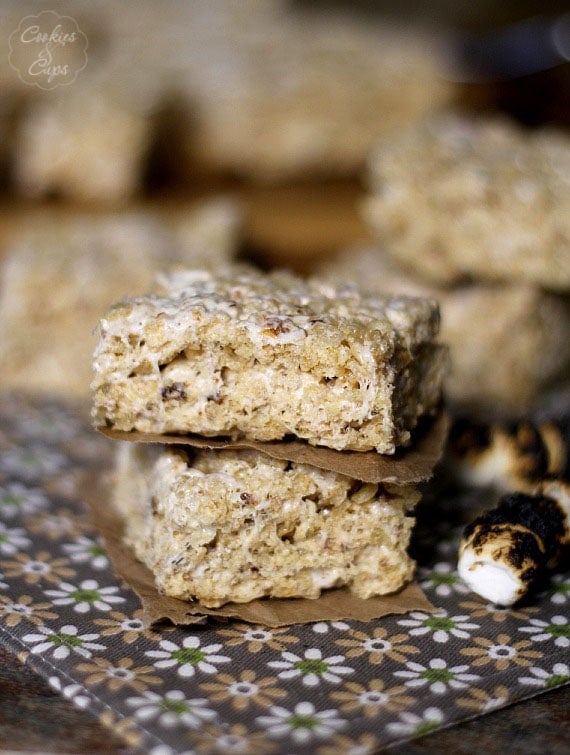 I know, it doesn’t feel like a long time, but I promise it’s been months.  MONTHS!

And actually I didn’t even think of this idea.  Kristan did.  She called me up and was like, “you should totally make Toasted Marshmallow Rice Krispie Treats”.

Because she can be scary sometimes.  And bossy.

Anyhow, I was all, “how did I not think of these sooner?”  because they’re basically perfection.

I’m telling you, I love me a fancy krispie treat, but I will always come back to the tried and true Plain Jane Basic Krispie Treats. 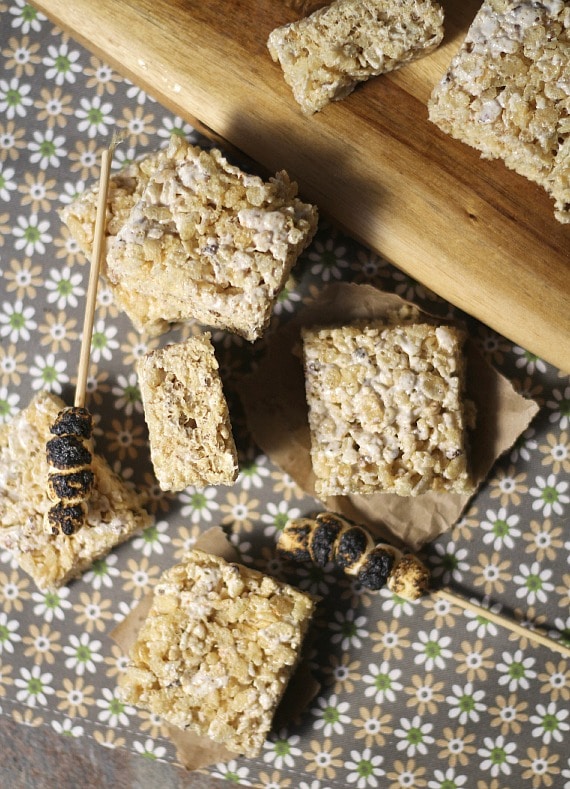 Here’s the thing.  I literally toasted the marshmallows instead of melting them.  Annnd I added browned butter into the mix to amp up the toasty flavor.

These are a major win, folks.

First brown your butter over medium low heat until it becomes a deep golden color.  Remove it from the heat and set aside. 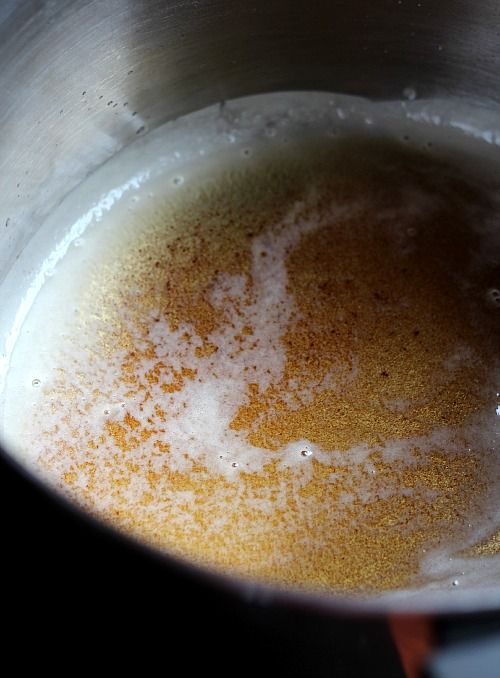 Next up, line your baking sheet with parchment paper and turn your oven onto broil. 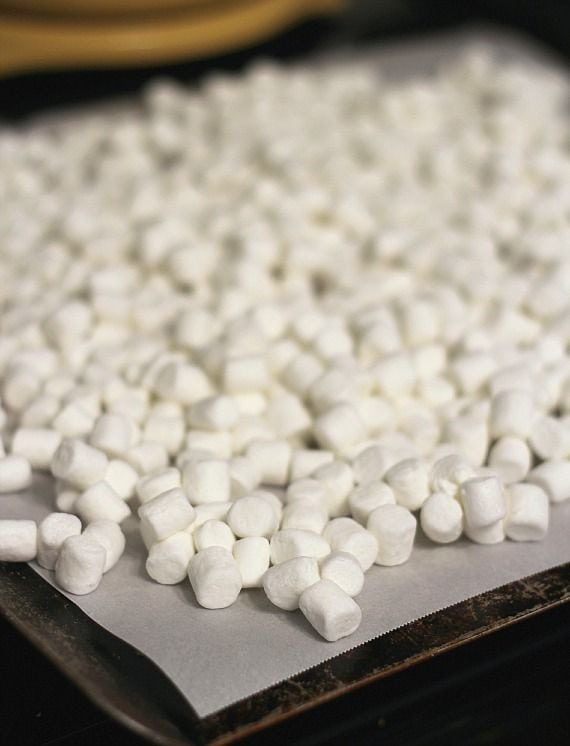 Pop them under the broiler for about a minute.  That’s how long mine took, but watch closely because it can go from toasted to burned in a jillionth of a second. 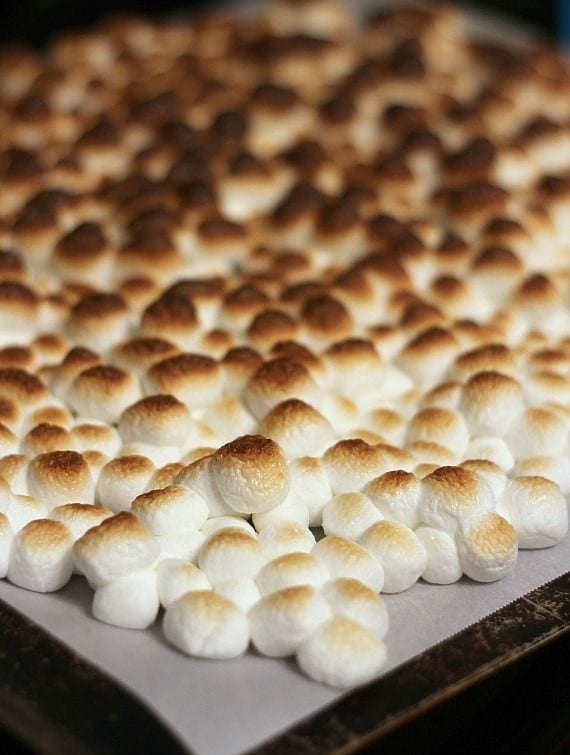 Immediately scrape the marshmallows off the parchment paper into the pot with the browned butter and stir together. 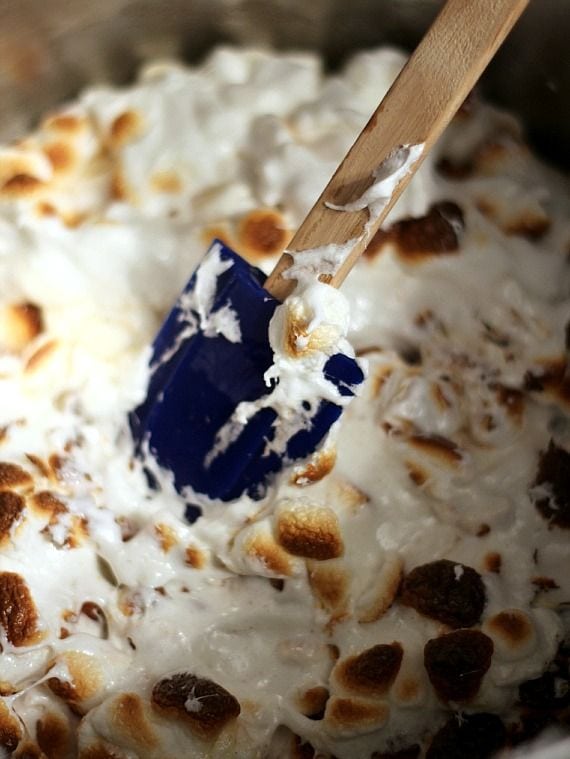 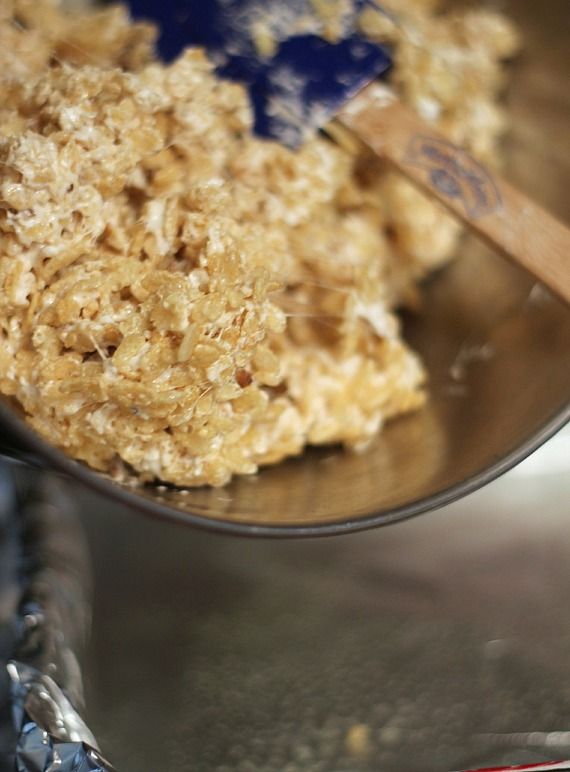 Let them cool and that’s it.

And I’m basically an expert.

store airtight for up to 2 days, but best if served same day.