Brown Sugar Cinnamon Swirl Bread is an easy cinnamon bread recipe that is soft, sweet, and loaded with a buttery cinnamon swirl!

I am all about an easy quick bread! Who doesn’t love a “bread recipe” that requires no yeast, is basically cake, and is perfect anytime of the day? This cinnamon swirl bread recipe is one that will be requested time and time again, because not only is it a delicious, it has all the flavors of a cinnamon roll baked in an hour! If you like banana bread, you will love this Brown Sugar Cinnamon Swirl Bread!

And did I mention butter? While you don’t NEED to put butter on this easy Brown Sugar Bread recipe, you really should try it. And while you’re add it, make sure it’s salted butter…and maybe add a drizzle of honey. I mean why not at this point?

This is the best Cinnamon Bread recipe!

My boys love this recipe in the morning for breakfast. And if you’re feeling super indulgent, use this to make french toast! SO delicious!

For the FULL RECIPE hop over to Imperial Sugar today, who I partnered with to create this recipe, and many other deliciously sweet recipes! 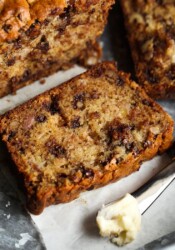 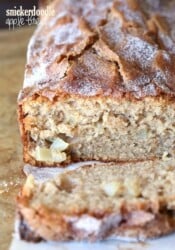 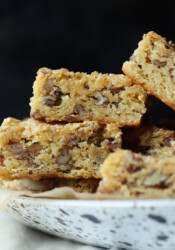 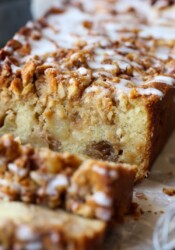