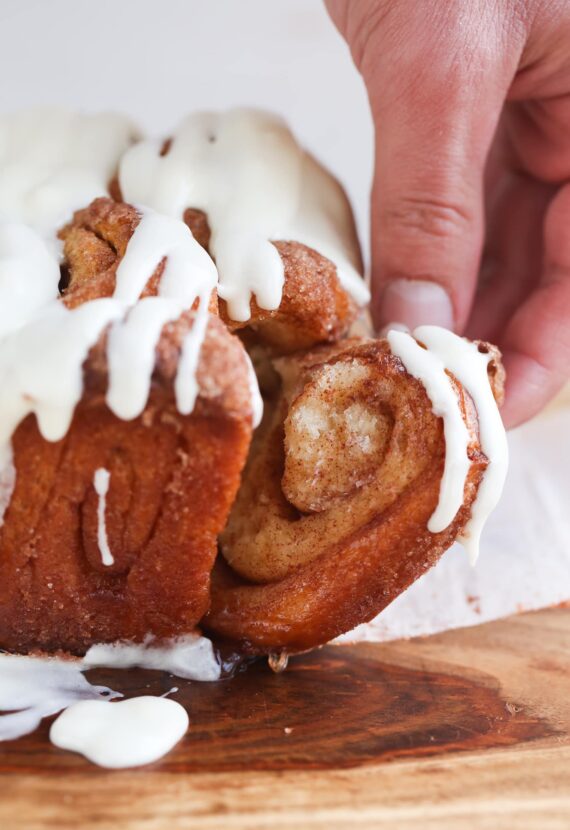 This Pull Apart Cinnamon Roll Bread is unbelievably decadent, crispy on the outside, gooey on the inside, and drizzled with rich cream cheese icing. It’s sure to be a breakfast or brunch favorite!

This post is sponsored on behalf of Fleischmann’s® Yeast to create this recipe. I only partner with brands that I use in my kitchen. All opinions expressed are 100% my own.

I can’t even contain myself with how excited I am about today’s recipe. I mean if you just glance at the pictures you’ll understand. What we have here, are TONS of little mini cinnamon rolls, all baked together and topped with cream cheese frosting. So basically every cinnamon roll is the center of the roll…which we all know is the best part. The outside of the “bread” gets slightly caramelized, so you have rich flavor, soft, gooey cinnamon rolls AND frosting. It’s a Christmas miracle. 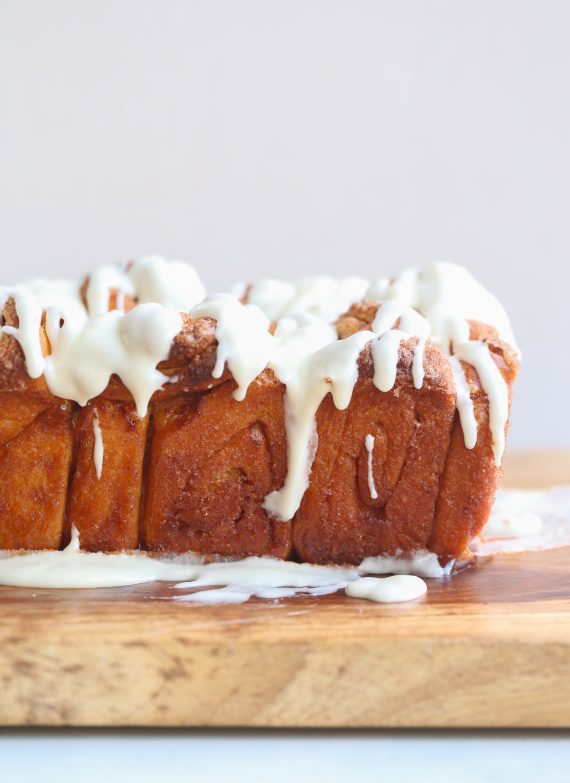 Today, I used the Cinnamon Roll Pull Apart Bread recipe from my friends over at Fleischmann’s® Yeast which is such a great recipe that I only adapted it slightly! Baking cinnamon rolls from scratch is easier than you’d think, especially when you use Rapid Rise™ Yeast. It’s become a holiday tradition in my house, which is why I am LOVING this fun spin on classic cinnamon rolls!

My youngest son always helps me make cinnamon rolls at the holidays, so in case you were wondering, there is no reason to be intimidated by yeast baking. This is such a great special occasion recipe, with a major “wow” factor. But what I love most, is it’s also easy enough to make on a weekend morning, which is why it’s the ultimate “Bake It Yourself” moment! Baking homemade cinnamon rolls is so rewarding and for me, a really special bonding time with my son, and this recipe will be a fun one to create together.

The dough comes together easily, and if you have a dough hook attachment on your mixer, that can do all the work for you! You just mix your ingredients together, and then let the dough rest for 10 minutes. Once it’s rested roll it out into a large rectangle shape… 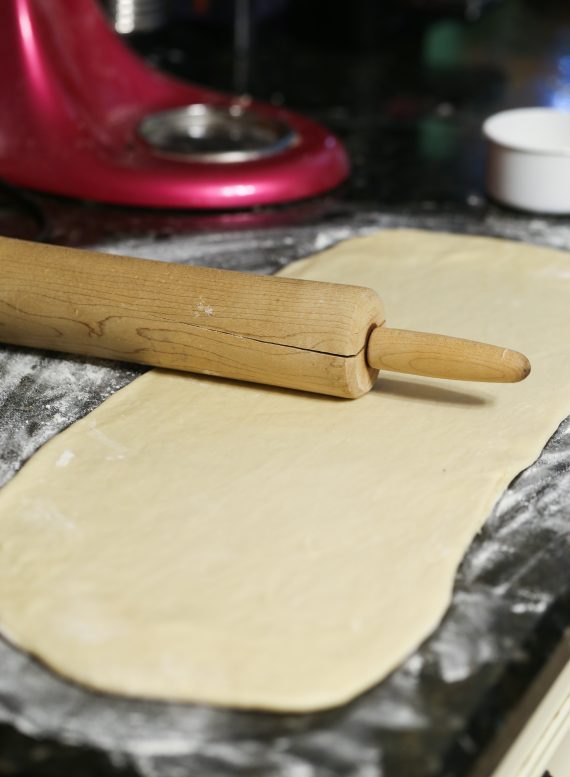 Spread some butter on top, then a nice sprinkle of cinnamon sugar. 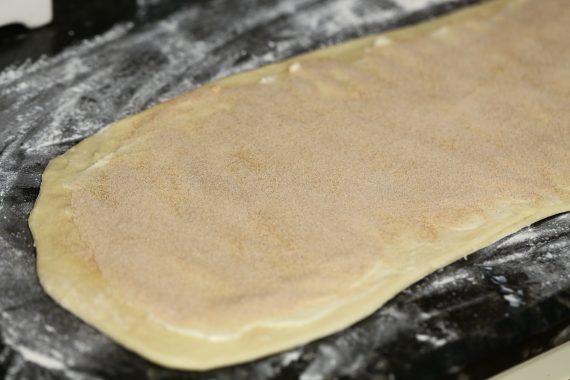 Roll that up tightly and slice it into 24 mini cinnamon roll slices. 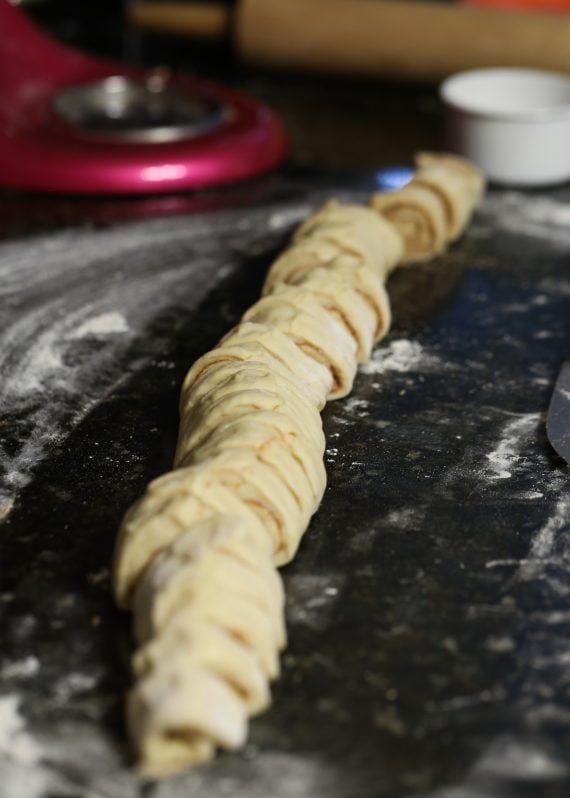 You then place them all in a 9×5 loaf pan, cover them with a clean towel and let them rise for only an hour, which is why I love using Fleischmann’s® Rapid Rise™ Yeast. 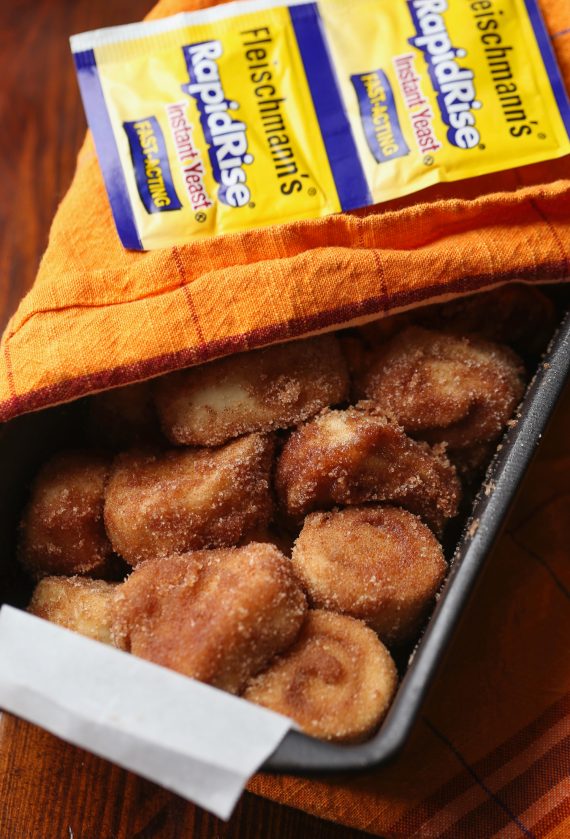 It will almost double in size… 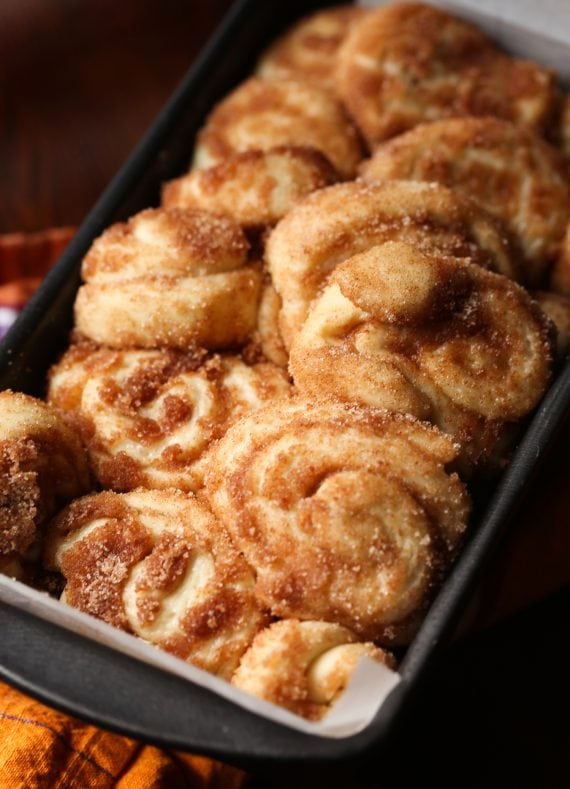 Then you bake it for 35-40 minutes, and it will be so beautiful you might shed a tear. 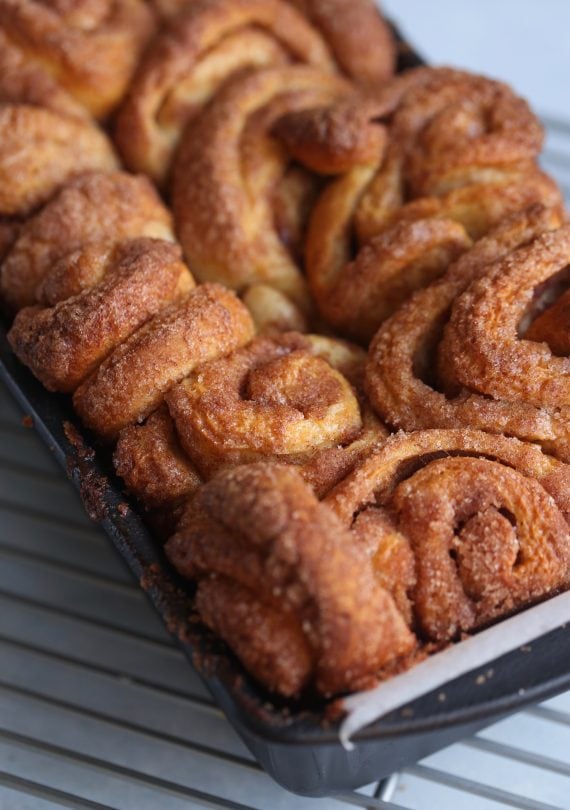 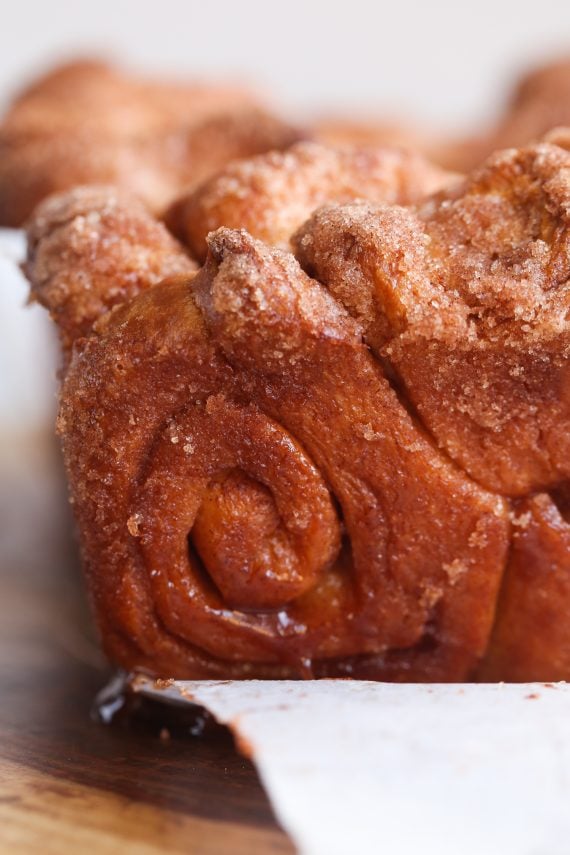 Remove it from the pan and see all the pretty swirls of cinnamon perfection.

Oh, then frosting. I mean, it’s not optional folks. 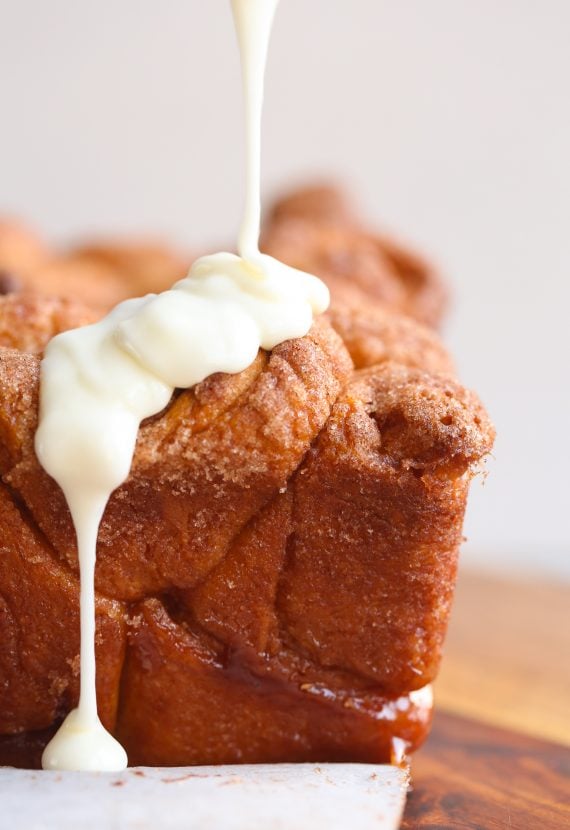 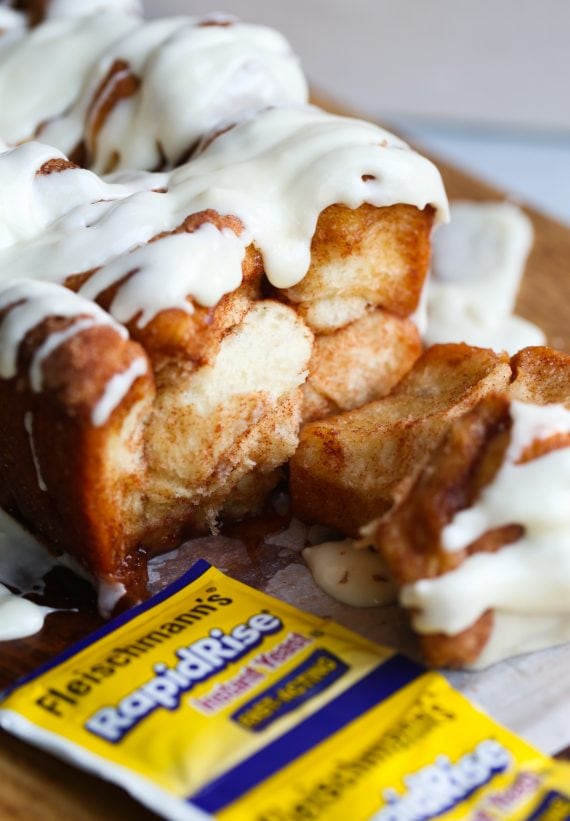 I know you will love this as much as I do!

This Pull Apart Cinnamon Roll Bread is unbelievably decadent, crispy on the outside, gooey on the inside, and drizzled with rich cream cheese icing. It’s sure to be a breakfast or brunch favorite! 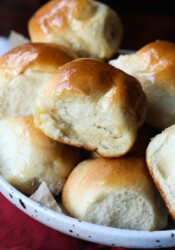 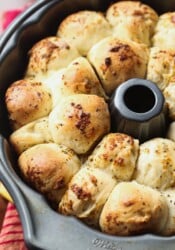 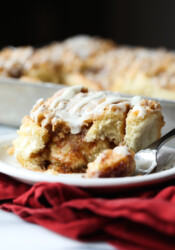 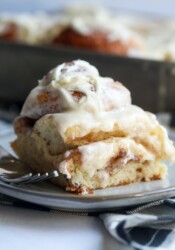