I am quite the snacker and I ain’t scared to admit it. Meals, while certainly enjoyable, could easily be skipped altogether in my world. Because I snack.

I know all the health people say small snacks throughout the day are good for you…they keep your metabolism going or whatever. Unfortunately I am not typically snacking on a small handful of almonds or an apple.

It’s generally a small handful of jelly beans and a cookie.

I wish I could be a grown up for you. I really do.

Last year I made Cranberry Bliss Cookies and they were a huge hit, so I decided to spread the flavor love into a snack mix. AND my kids claim they don’t like Craisins, so I got the whole bowl all to myself…which was a super fun at first…until I started tremoring. Apparently too much sugar has it’s consequences.

To save MY blood sugar I decided I needed to risk the blood sugar of some of my neighbors. It works out for everyone, really. I don’t go into a diabetic coma AND I look like the hero who spreads the dessert love. Win.

Anyhow, this is guaranteed to be a huge hit. AND it only takes like 10 minutes to throw together. Just don’t eat the whole bowl yourself. 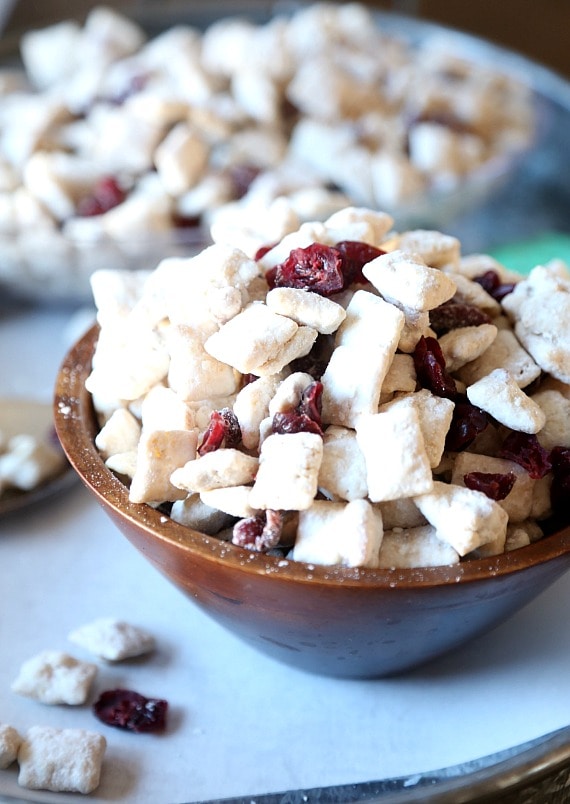 I chopped up some pecans to throw into the mix to make it a little interesting, but if you aren’t a nut person you could totally omit these. 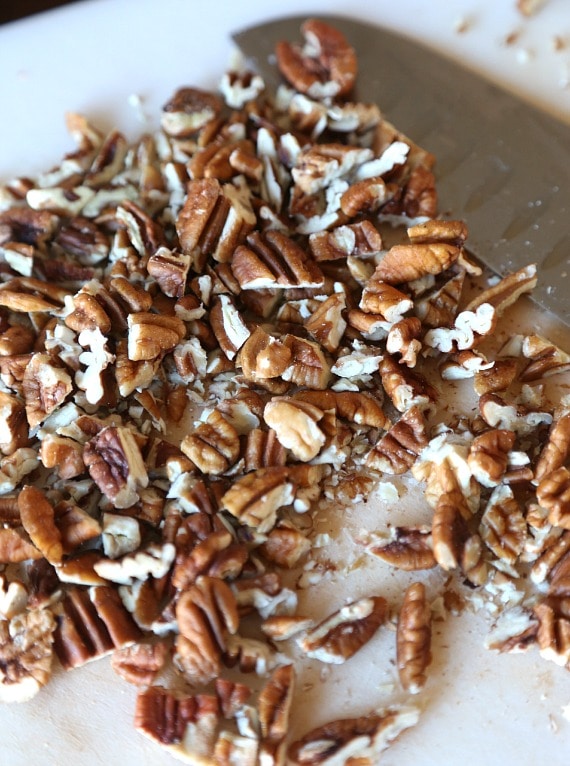 Then just mix the nuts and Rice Chex cereal in a large bowl. 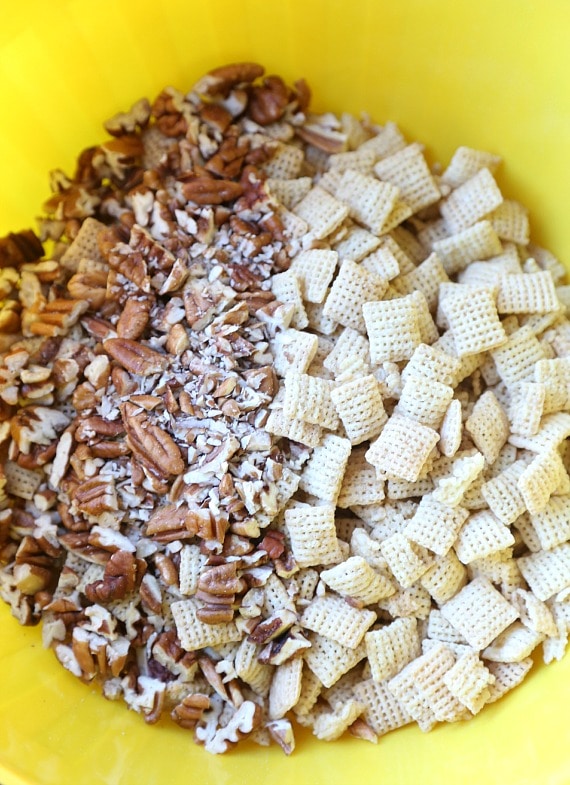 Coat it all with melted white chocolate… 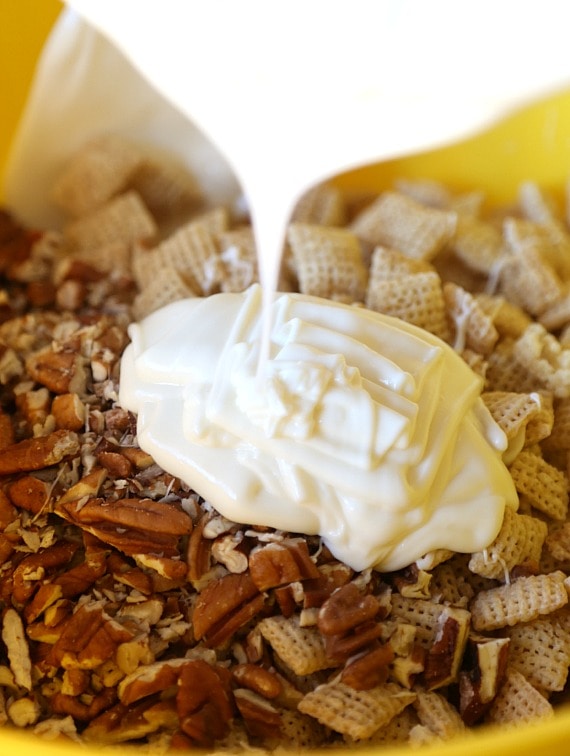 Make sure all the pieces are coated… 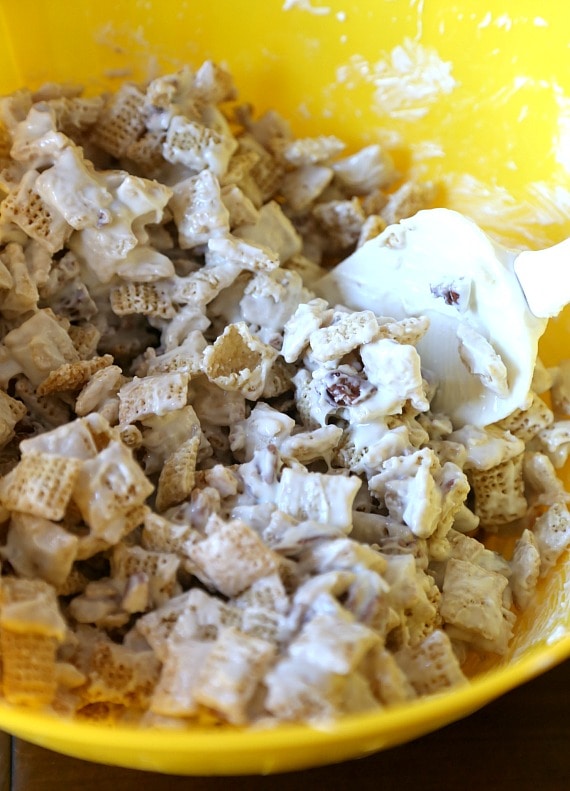 Then shake it up with some powdered sugar. 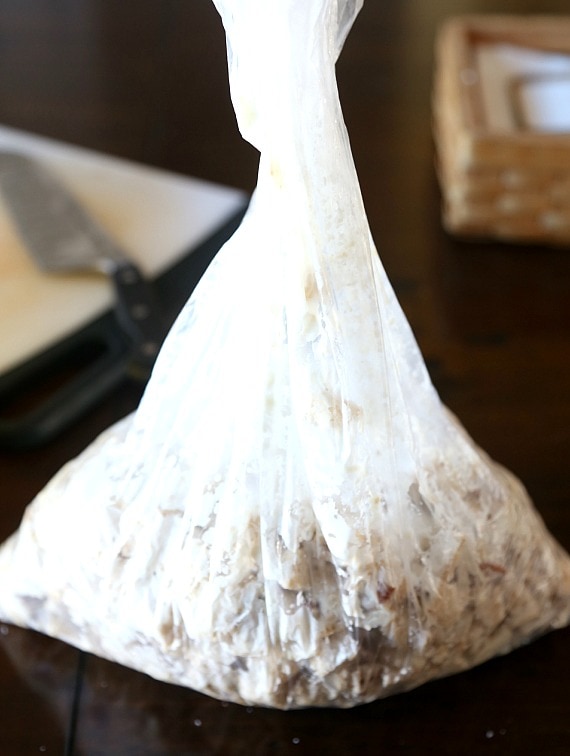 And add the Craisins last. 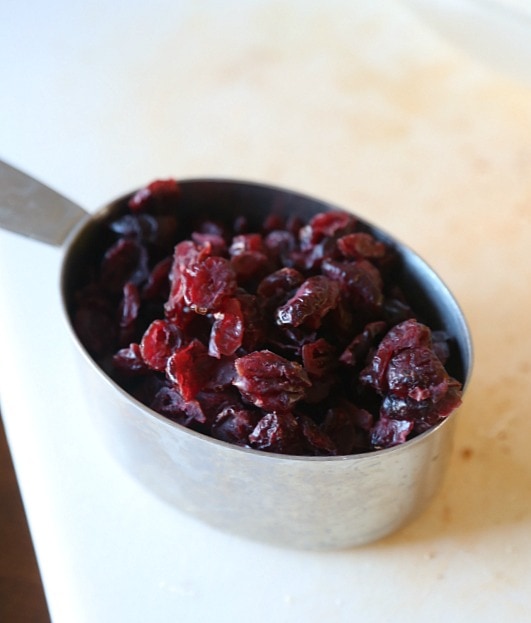 Such a simple festive snack!! 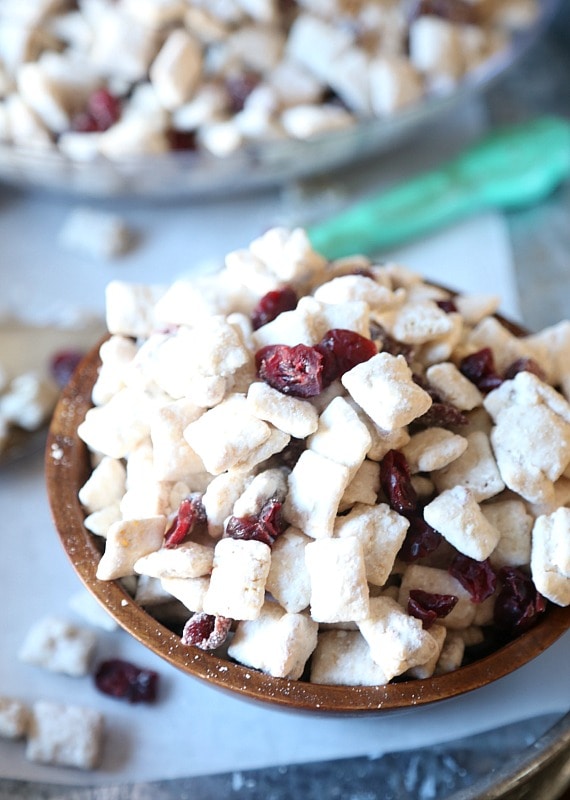 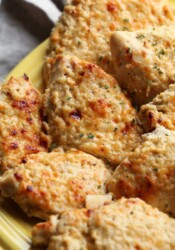