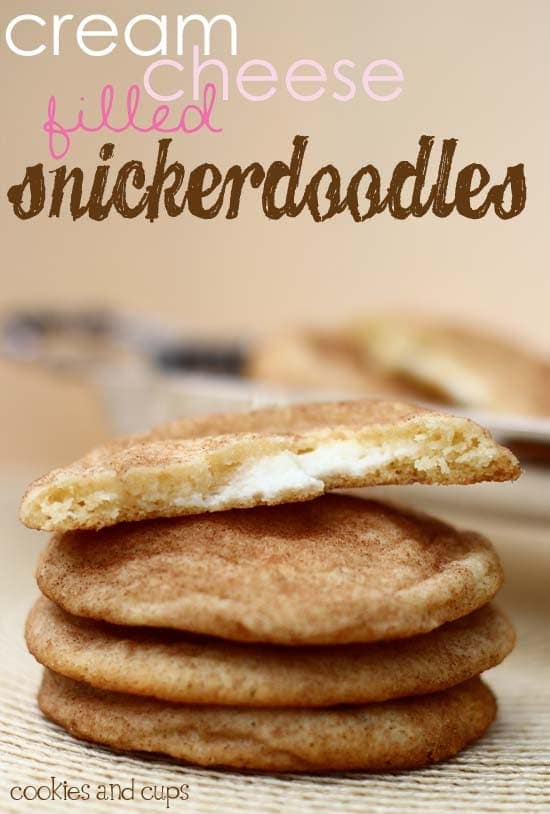 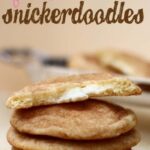 Cream Cheese Filled Snickerdoodles are so much better than the average cookie! This snickerdoodle recipe is any cinnamon lover’s dream baked into reality. These sweet, creamy cookies are absolutely perfect for any occasion!

I am in a book club.

You wanna know why?

Because sometimes books get turned into movies.

So, in the name of research you get to go watch a great movie with a bunch of your friends.

Men get poker, we get book clubs.  It’s the way it works in middle America.

This past weekend my fellow book clubbers and I went to the movies to see The Help.

We read the book many months ago and were all very excited.

Here’s the thing..lots of women loved this book, so opening weekend of The Help was a crowded affair.

We purchased our tickets in advance and arrived a full hour before showtime to ensure optimal seating.

Apparently the folks that run the theater anticipated a large turn-out for the show and created a “corral” of sorts.  A space where we could stand in order awaiting our entrance into the show.

My friends and I stood obediently inside the designated area, waiting patiently as time ticked by.  What we began to notice, however, was that many weren’t respecting the “corral”.  They just sauntered by us, sniggering to themselves, and approached the theater entrance with no consequence.  Of course the penned up ladies surrounding me started stirring.  I felt an uprising commence.

How DARE people not stand in line? We were here EARLY! We purchased our tickets on the INTERNET!  We have RIGHTS!

The stir quickly became a roar when the theater doors opened and the non-line-waiters got in first.  Travesty!  By my recollection it was nothing short of a stampede.Â  I can only compare it to running with the bulls in Pamplona…the corralled women being the bulls and the line-snubbers being the foolish people who choose to run with them.

The men that run the cinema were clearly not prepared for The Help-pocolypse because as soon as women started yelling about line respecting and ticket pre-ordering they shut down like my husband does at the mention of  “feelings”.

One of my friends, who has more assertion than I do, asked one of the line cutting culprits if she hadn’t noticed the dozens of women waiting?Â  “Do lines mean nothing to you?“, I believe were her exact words.Â  Well, apparently this woman had some pent up anger that she needed to unleash, because she started yelling…actually I think the correct terminology is “going postal”.  It was frankly, hilarious.

This woman’s pre-chick flick rage made me feel all at once embarrassed for my gender and entertained beyond measure.  Kinda like any given episode of Real Housewives.

The lesson here my friends is don’t mess with women who have been corralled…they tend to lose their grace.  This is why I never plan on going to jail.

Plus, it appears that Book Club is just a whisper away from Fight Club..any given day, my friends.

After a night on the town with my friends I need comfort food.

These cookies are every bit of comfort you could possibly need and they are as good as they sound. 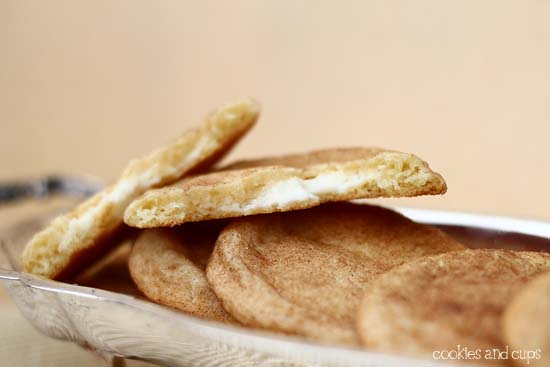 They take a few more steps than a regular snickerdoodle, but it’s worth it.

Start with your dough… 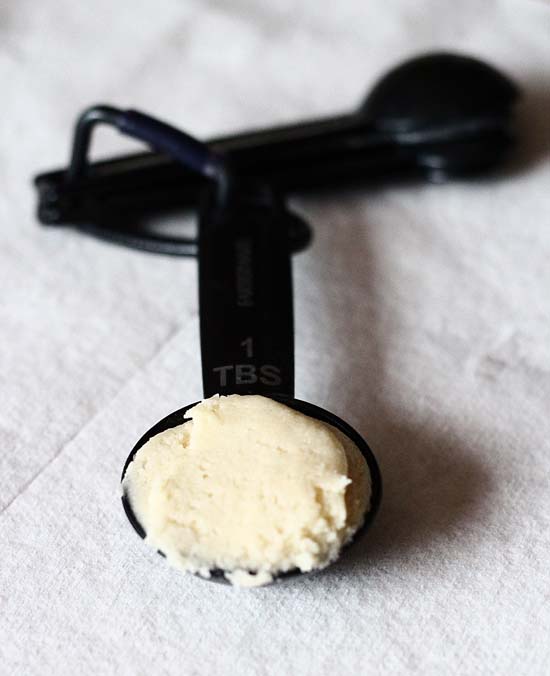 Then you have to follow a few easy steps…this is what makes them special. 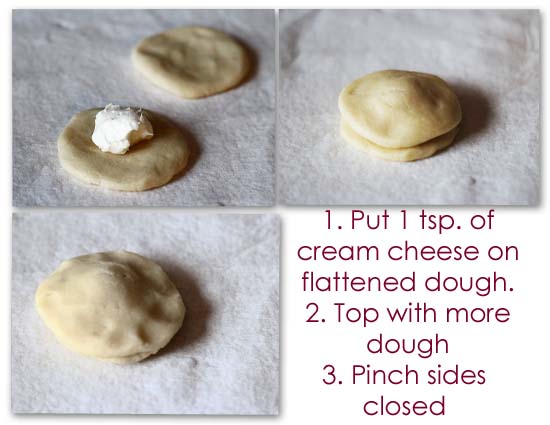 Now roll them in your cinnamon sugar mixture. 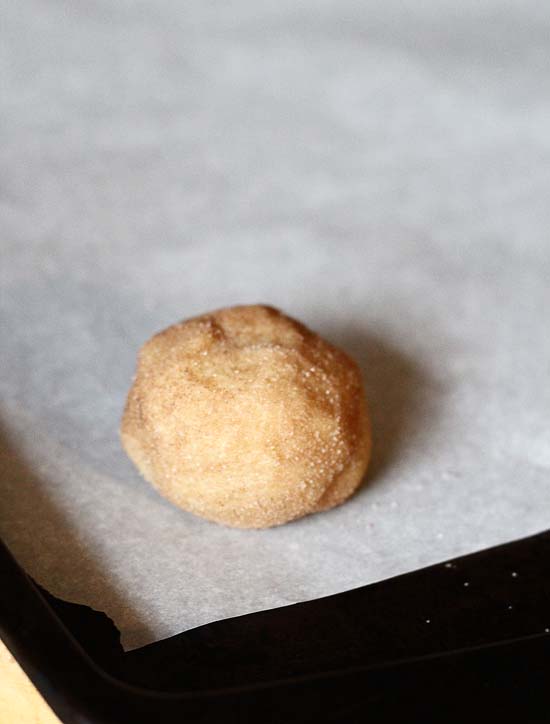 And after a little chill time you bake them up.  They look like regular snickerdoodles…all pretty and cinnamony. 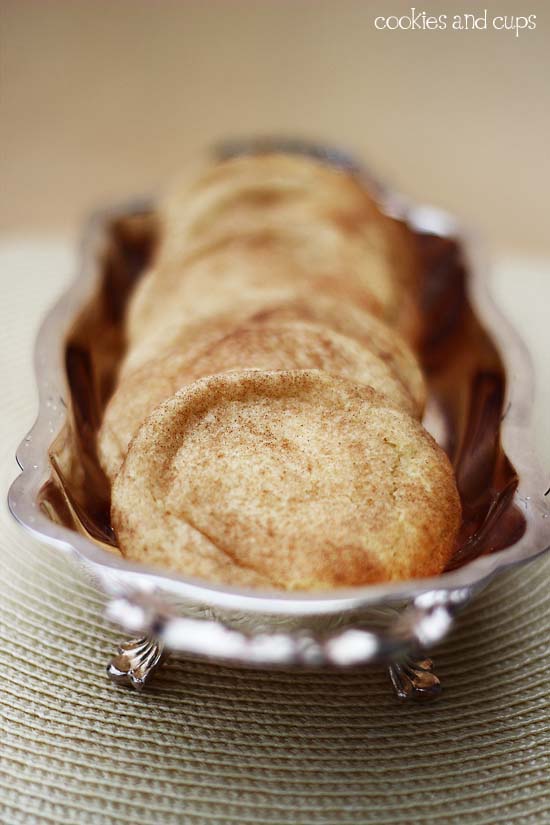 But when you bite into them they reveal their secret…it’s a good one…creamy filling.  De Nada. 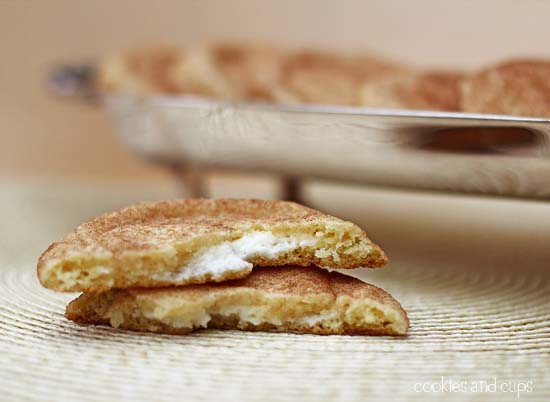 Cream Cheese Filled Snickerdoodles are so much better than the average cookie! This snickerdoodle recipe is any cinnamon lover’s dream baked into reality. These sweet, creamy cookies are absolutely perfect for any occasion!

Store in an airtight container, refrigerate if keeping for more than 1 day

One last thing…go see The Help..it is really good…and worth every bit of dignity lost. 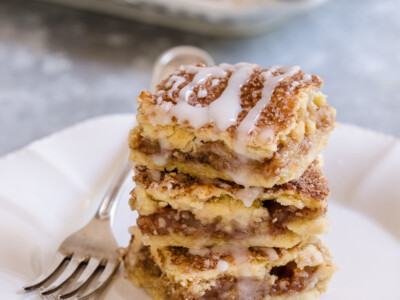 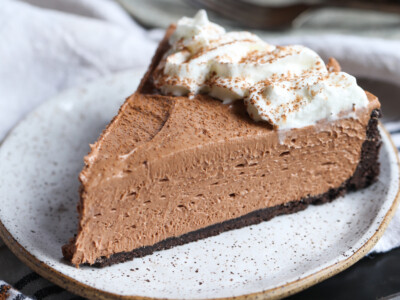 THESE ARE AMAZING. And such a crowd pleaser. Definitely follow all the instructions – chill the dough, chill the filling, etc. It’s worth the extra time/effort. Will make them again!

I made these for a holiday potluck and everyone went crazy over them,saying they were the best snicker doodles they ever had!
One question though. My cookies stayed puffed high instead of sort of flat like in your picture. What might I have done different?

Could have been your cookie sheet…what type did you use? I think I would have liked mine a little puffier 🙂

I just made these and they were DELICIOUS. They had a great texture. I was worried they wouldn’t have enough cinnamon but they definitely had just the right amount. Thanks so much!

0
Reply
The Kook @ The Kitchen Kook

By the way, I’m still laughing at your “corralled women” comment. Haha! 😀

0
Reply
The Kook @ The Kitchen Kook

Mmm. I used this recipe to make some regular, classic snickerdoodles (because I’m not a big fan of cream cheese!). And they were still perfectly delicious! So soft, chewy, and buttery!

Any idea about how to get more cream cheese in the middle of the cookie? Mine always absorbs into the dough and when I try to add more, it oozes out the sides of the dough when I try to make it into a ball.

I love the way these cookies look (and taste)! I made stuffed snickerdoodles in the past, but they did not turn out nearly as well as these. Today I tried stuffing another cooking and followed your suggestions on how to chill the filling, the best way to stuff the cookies, etc. I am happy to report the cookies were a success.

Appreciate the recommendation. Will try it
out.

hey! i really liked this recipe but i have a problem because i can’t find cream of tartar and i would like to know if I can replace it with something else…

I would omit the cream of tartar and baking soda (as they work together) and sub in baking powder in place of both. Hope this helps!

I am so glad I found Kristan, a.k.a. Cookbook Queen, because I found you (and also Christy, The Girl Who Ate Everything) and I’m having a blast trying out everyone’s recipes! From your site I made the Cream Cheese Snickerdoodles and pretty much ate half the batch all by myself! I’m a cinnamon nut so these are my new favorite, especially because they’re so soft and oh-so-yummy! Already made my second batch this week (my husband, daughter and mom-in-law devoured the other half!). Trying to decide what to make next!

SO glad you found me!!

ive tried these cookies twice and they taste good but they’re never flat and chewy! theyre always big and biscuity no matter how small i make the ball. help!

That’s so strange! Are you at a high altitude?
Make sure all your ingredients are at room temperature, that’s important…eggs too! Also, have you checked the temperature of your oven? Do they seem to bake on the fast or slow side? If none of this applies, try cutting back on flour by 1/4 cup next time..

First Holy Communion was this weekend, and I made all the desserts from scratch. I made these with leftover cream cheese filling from another recipe. The other recipe had an egg in the filling, so I was at a loss as to how to use it up. What a success! My mother-in-law called and told me I should open a bakery!! Thank you for the assist.