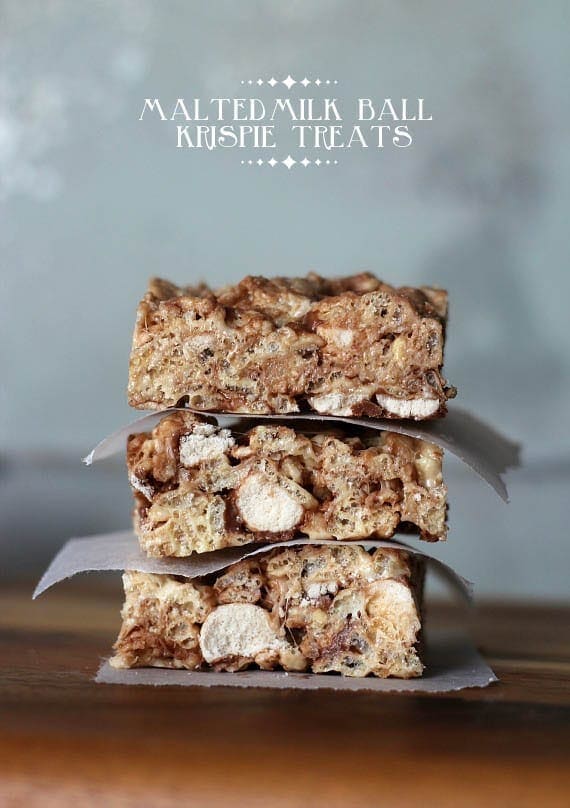 I realize it has been a while since I had made krispie treats.

Things haven’t felt quite right for a while now.

You see, I am completely addicted to krispie treats…My favorite recipe ever ever ever is THIS ONE.

But here’s the thing, my husband isn’t a krispie guy.  Or a marshmallow guy in general, so….

It was almost the reason we didn’t get married almost 11 years ago, but I was able to overlook that little imperfection.

I know, I know, I am really an adaptable person.

So I don’t make krispie treats as often as I would like.  The concessions I make in life really should be rewarded with jewelry and spa days.

Anyhow, while he isn’t a krispie treat guy, he IS a Whopper guy.  So I thought I would try and fix his krispie treat disorder by adding a bunch of his beloved malted milk balls into a big pan marshmallow coated cereal.

He just ended up eating all the Whoppers.

Whatever, more krispies for me. 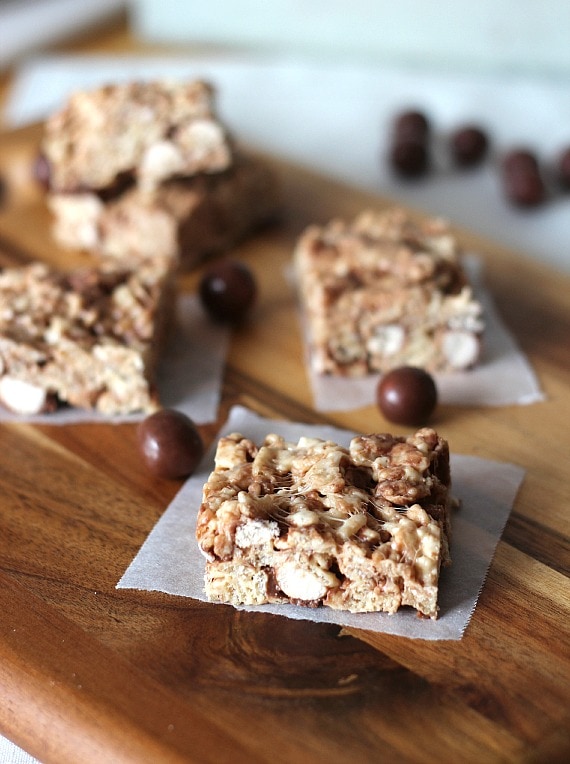 These really are totally easy.

Just chop up some Whoppers… 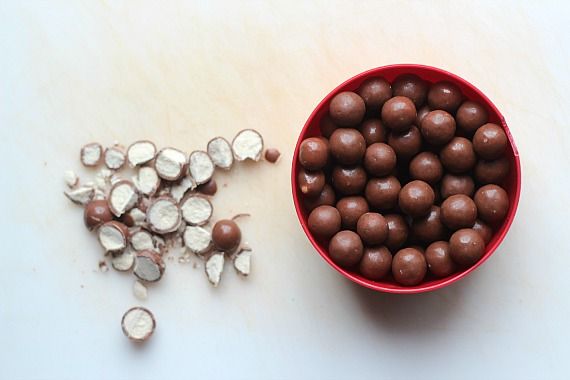 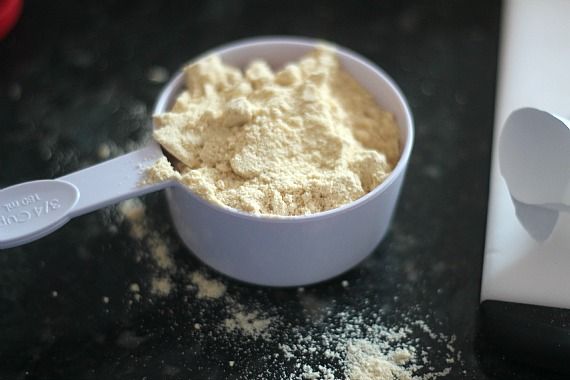 You’re only gonna need about 4 cups of Rice Krispie cereal. 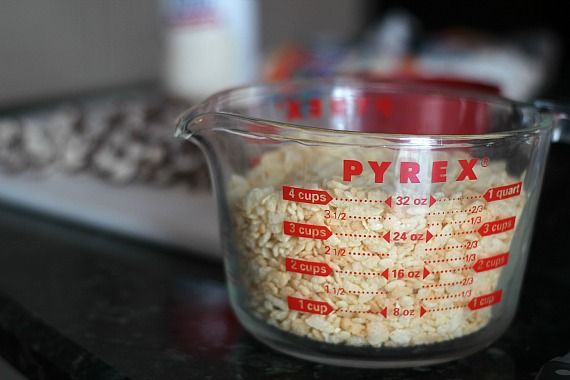 Then just go about your usual krispie making routine…

Until your marshmallows are ALMOST melted.  Then add in the milk powder… 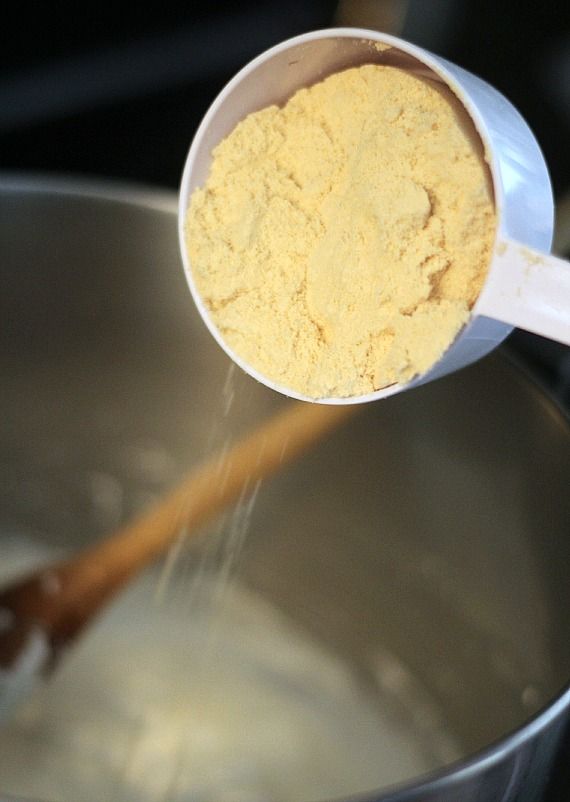 As soon as the malted milk powder and marshmallows are combined take the pot off the heat and add the cereal.  Stir that until it’s coated well with the marshmallow mixture, and then add in the malted milk balls.  You want to add these last, so the mixture cools slightly and doesn’t melt all the chocolate off of the balls. 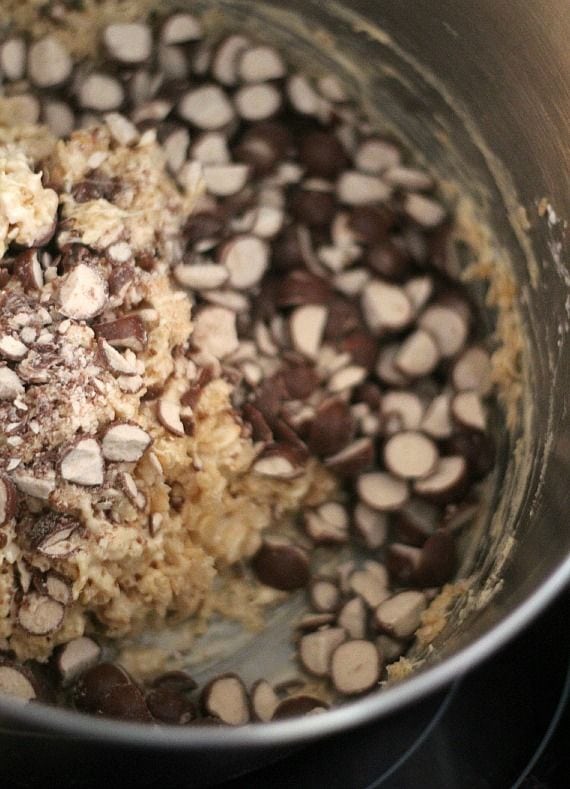 Quickly press that into a 9×9 pan.  I always line my pan with foil for krispies, because it makes them easier to remove.  Just my personal preference. 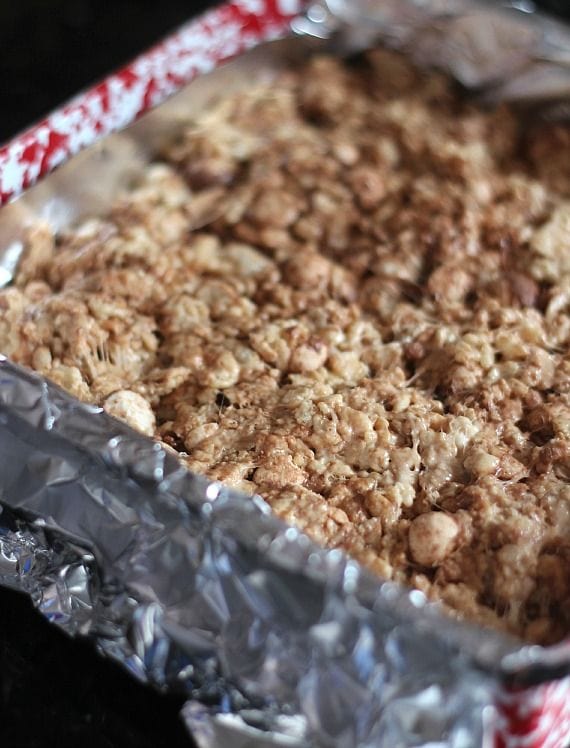 Let them cool and that’s it! 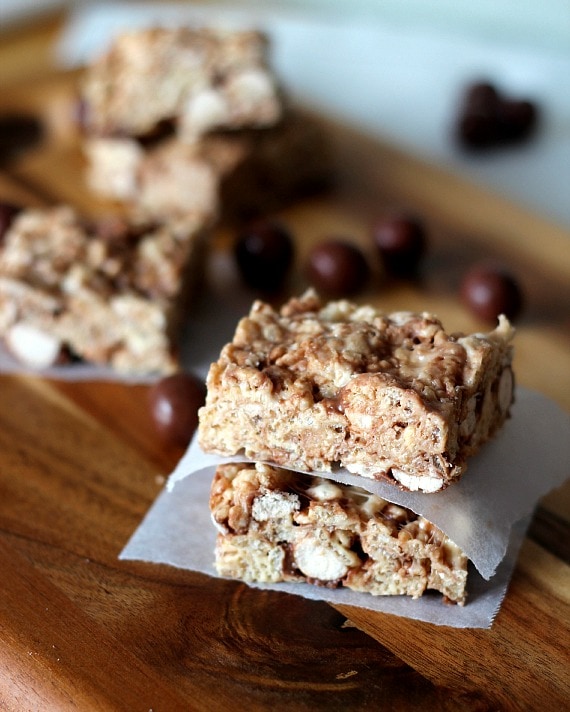 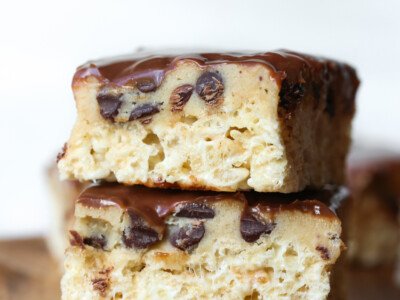 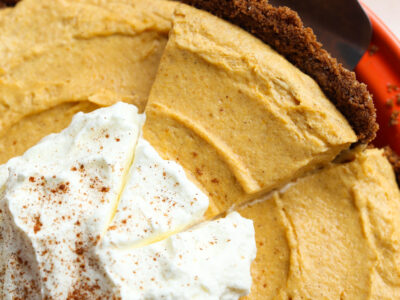 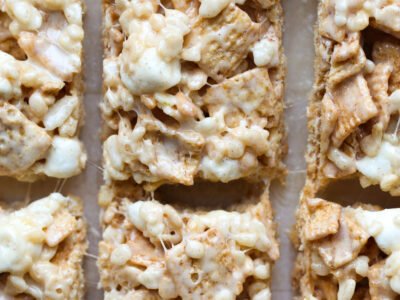 These would be great for easter also using the easter colored eggs. Thanks for the idea!

Hi just found your site my family love krispie treats I have made date crispies for many years love to get new ideas. I live in UK are Whoppers similar to maltsers which are chocolate covered malt balls?

Yep! Whoppers are the same!

When my husband doesn’t like the foods I like, I always tell him it just leaves more for me. This isn’t really a perfect solution, but it does mean I get all the chewy cookies.

OMG was looking for something to make with my son that would be too sweet for my husband and here it is!!! We will be making them tonight! Seriously, I married my husband because I don’t have to share the sweet things … and then I had a baby … be careful what you wish for! Thank God for school lol

These look amazing – thankyou so much for sharing..

0
Reply
Melissa @ Treats With a Twist

When my fiance and I first started dating, he warned me that he doesn’t really like marshmallows…or smores…
I gave him a once over and told him I’d have to think about things before starting a relationship (kidding but I did pitch a fit at him). But…I’ve caught him eating an entire bag of marshmallows! He eats Krispie treats like it’s his job! So…I guess I’ve swayed him to a more acceptable lifestyle (I’d like to believe it was me).
At least you two can share this treat! Looks SO yummy!

What a great idea, thanks for the recipe! I love malt balls and am always on the lookout for a baked good that uses them. This recipe was delicious and really highlighted the malt flavor.

Seriously!?!?!? You have just combined two of my all time favorite sweets – you’re a genius! Thank you!

Gorgeous photos! And as always, LOVE your combos! So perfect 🙂 I cant wait to try some of these!!!

0
Reply
Sylvie @ Gourmande in the Kitchen

Oh goodness I do miss malted milk. I used to love making hot chocolate with it, so good!

My husband is a huge krispie treat fan, love these!

I LOVE these! Oh my, I am in heaven. Need to make these SOON!! Thanks for posting. 🙂

Thank you for sharing your recipe. I hope I can make these soon. What are scotcheroos? I’ve not heard of them before. Thank you.

These look amazing! I love this combo. Your husband is missing out on the rice krispie treats. 😉